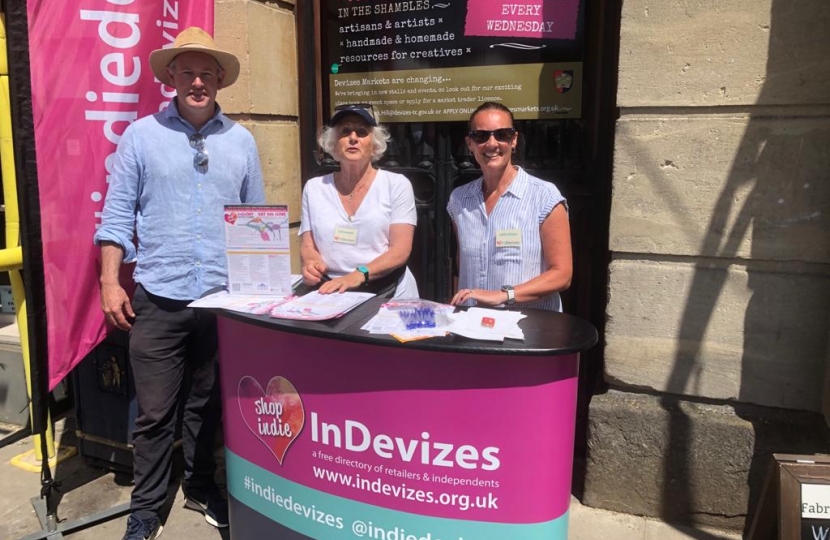 Marlborough has the widest high street in England, apparently (this is the sort of fact I don’t propose checking). It’s certainly broad enough to turn a coach-and-six, or even one of the massive HGV’s which trundle up to Swindon from the A303 in obedience to their satnavs, and occasionally get stuck at the bottom of Herd Street (the steepest bit of trunk road in England, apparently).

I mention this because Marlborough High Street has had a tough time this last year. It’s the richest stretch of retail in the county and rents are correspondingly high. Popping in and out of the shops and cafes last week I found a mixture of relief at the government schemes (and some gratitude - most effusive at the Food Gallery where Rich Holman gave me permission to recount his appreciation of Boris and Rishi) and real anxiety about the future. The pair of neighbouring travel agents - Elaine’s Travel and Travel by Hannah, both at no 16 - have endured a terrible year, and are hoping the restrictions will lift sufficiently to enable a proper holiday season this summer.

Robert Hiscox has already given Marlborough a book shop - the White Horse, in the High Street - and is now building us a cinema in the shell of the old Methodist chapel in the Parade. He showed me round the site, which promises to become a wonderful addition to the town. As he said, there’s currently nothing to do in Marlborough in the evening except go to the pub. Here we are. 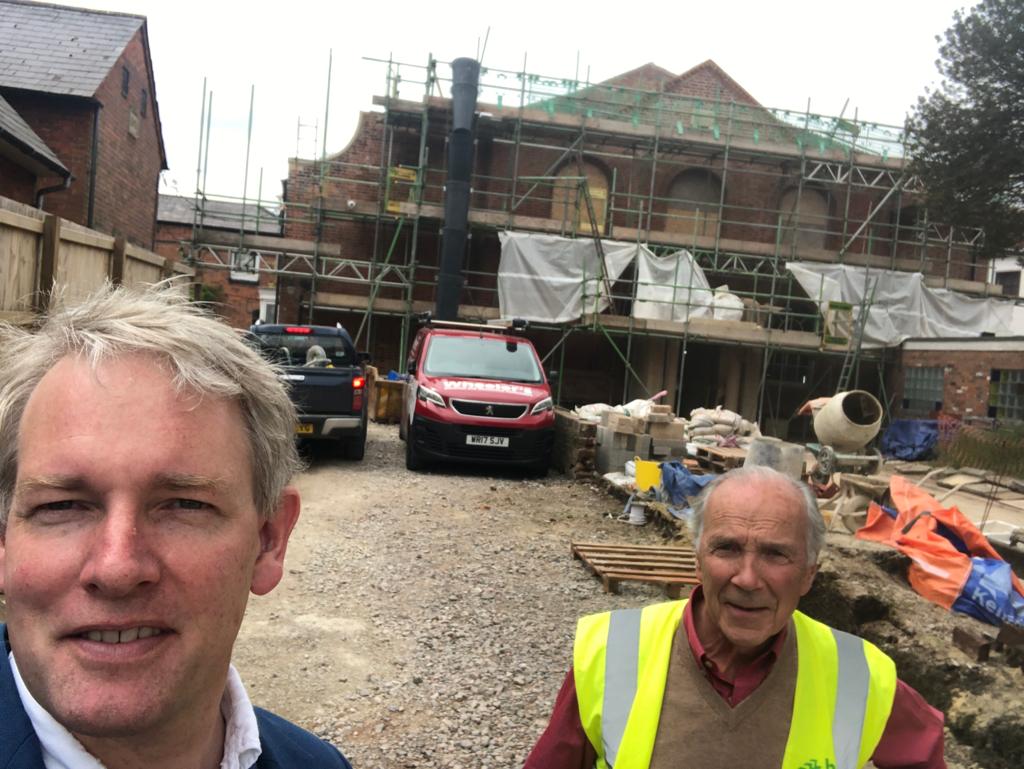 Speaking of pubs, up the road from Marlborough (on the road to Swindon, so useful for the HGV drivers) is the Silks on the Downs at Ogbourne St Andrew. It’s closed now, but the local community is raising the money to buy it by issuing shares. They need £240,000 and have raised £150,000 already - but the deadline is approaching, and the chance may be missed if more people don’t join in. If you fancy the idea of part-owning a pub, and creating a brilliant new social enterprise for the neighbourhood, do invest. See here for info.

I wrote about the sort of business I believe in - the sort practised by Robert Hiscox and the Obgournites - in The Times last week (read my piece here). I also spoke in Parliament in the debate on the Finance Bill, supporting the Government’s plans for a tax cut for capital investment. I cited Wadworth’s hopes to use the relief to grow their brewing capacity, bringing more work - and more beer - to Devizes. My speech is here.

We can’t all run cinemas, pubs and breweries, of course. Most professionals, especially in the new age we’ve entered since the pandemic, meet their colleagues and customers remotely as much as face to face. For Wiltshire to prosper in the 21st century the vital need is for effective broadband. I probably spend more time on this issue than any other. I wrote an update on my efforts this week - read here.

I have had a lot of people getting in touch about the state of the River Kennet, and as reported in this newsletter a few weeks ago I had a walk along its banks recently with my neighbouring MP Laura Farris (whose Newbury constituency receives the river after us), and the boss of the brilliant charity Action on the River Kennet (ARK). It’s a very serious situation, and Laura and I are holding an online public meeting at 2pm on 24 June for any constituents who want to discuss it with us, ahead of meetings with Environment Agency, Thames Water and ministers. To join us please see here.

The village of Bromham, north of Devizes, is very concerned about the apparent intention of a Traveller family to establish an illegal encampment on their land. I visited the site and had a conversation with one of the family, and then joined the Parish Council for a meeting. Two things strike me as important here - or rather, one thing seen from two directions. The one thing is that we obey the law, including the law of civility. That means watching our language towards and about each other; it means the council only doing what they are allowed to do (which doesn’t include blocking the site or forcibly removing the caravans that are there); and it means the landowners complying with the numerous enforcement notices requiring them to desist from setting up an encampment. If this last thing doesn’t happen - and it doesn’t seem likely at the moment - I expect the council to use every legal means at their disposal to stop the landowners breaking the law and to put things right. I have been in close contact with the council, and particularly with local councillor Laura Mayes, who has been assiduous in her efforts on behalf of residents.

The Devizes and District Food Bank has been a lifeline to families and single people in trouble throughout the pandemic - and was of course before it, and will be no doubt for some time to come. The charity doesn’t want to exist, and I had a good discussion with the manager Liz Starling this week, amid the pasta and tinned tomatoes, about the challenges facing people in low incomes in our community. There are many reasons people come to the Food Bank, including delays in benefit claims, a sudden emergency like a car repair bill or a broken washing machine that wipes out their savings, or difficulties with budgeting. There is much to do to help people avoid financial hardship, but in the meantime I am very glad of and grateful for Liz and all the volunteers who work with her.

A quick word for another vital local project. The charities Home for Good and Safe Families find homes for children whose own parents can’t look after them, and also support families who are in difficulties to prevent their children being taken into care. They are working together with churches in Wiltshire to find volunteers to help children and families in need. If you’re interested in learning more - and we have a real shortage both of foster parents and of the wider support that families need - please join their online intro meeting on 17 June (more info here).

Military readers will be pleased to know that I joined a call with the Northern Ireland Secretary last week to discuss the fate of British Army veterans being harassed by lawyers over events that took place decades ago, and which have been exhaustively investigated since. Detailed plans are in train to stop this injustice, and I hope for more public information soon.

I spent a pleasant hour in my favourite room in England, the great Council Chamber of Devizes Town Hall, with the trustees of the Trust for Devizes. This charity was founded 50 years when an officious Town Council decided unilaterally to wall in the Crammer Pond - scene of the legendary moon-raking that gave its name to many a pub hereabouts - and prompted a genteel revolt. The wall is gone and to this day the Trust examines every planning application for breaches of taste and decorum. They perform a vital role, and their expertise and sense of history will be vital as the town, and Wiltshire Council, explore options for new housing. Devizes is looking up (as evidenced by another successful Indie Day on Saturday, which I and many others spent pottering about all our great independent shops) - but it’s vital that with growth and prosperity we don’t lose the real value of this place: its history, its beauty, and its small businesses. 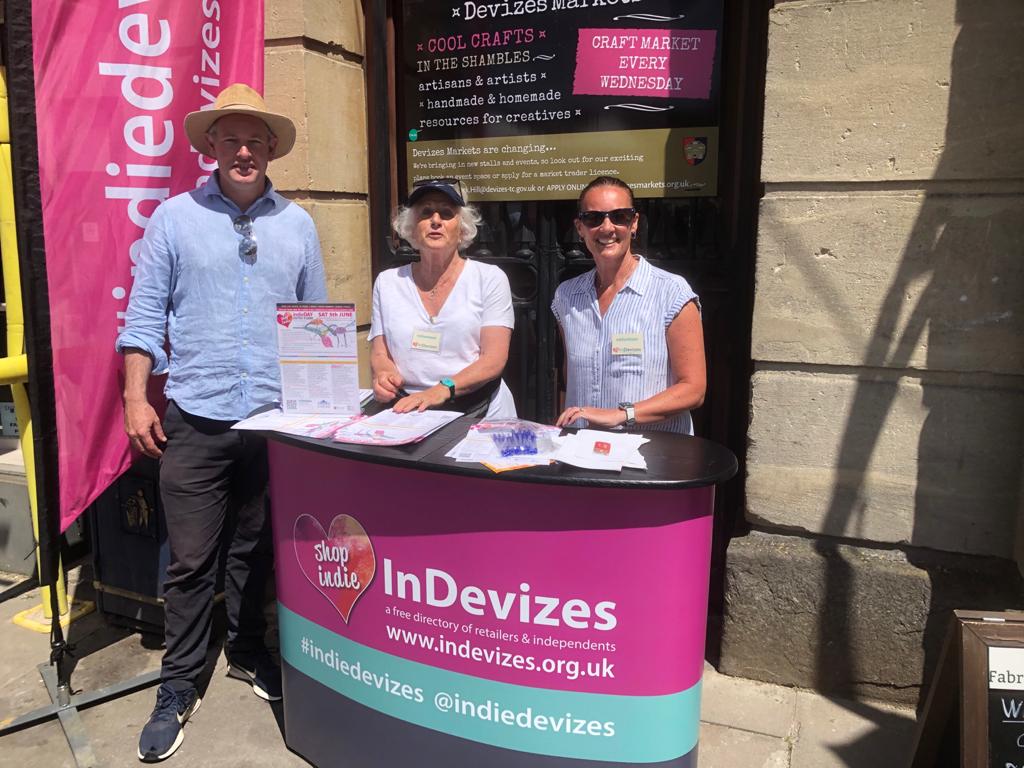 You can’t move for history at West Lavington Manor, which opened its mighty gates for the National Open Gardens Scheme on Saturday. Here is an Italian garden on the edge of Salisbury Plain, round which our children chased a trail of clues laid by the thoughtful owners Andrew and Jordina Doman, and through whose roses and box hedges and Japanese rockery we ambled in the afternoon sun. West Lavington is where the chalkland gives way to clay and Greensand. Generations of owners, from the Dukes of Marlborough to the Domans, have made this piece of Wiltshire a cosmopolitan celebration.

There is a lost village on the Plain above West Lavington, called Gore. It was apparent in records of the 14th century but absent in those of the 16th, then discovered by archaeologists in the 19th, and since lost again. Nearby is an inscribed stone that commemorates the highway robbery of a farmer from Imber (another lost, or rather deserted, village, this time cleared by the MOD to serve as a training ground for our troops). The Plain is full of noises: the ghosts of smugglers and highwaymen, shepherds, and now soldiers, whose guns have been rumbling reassuringly all week.