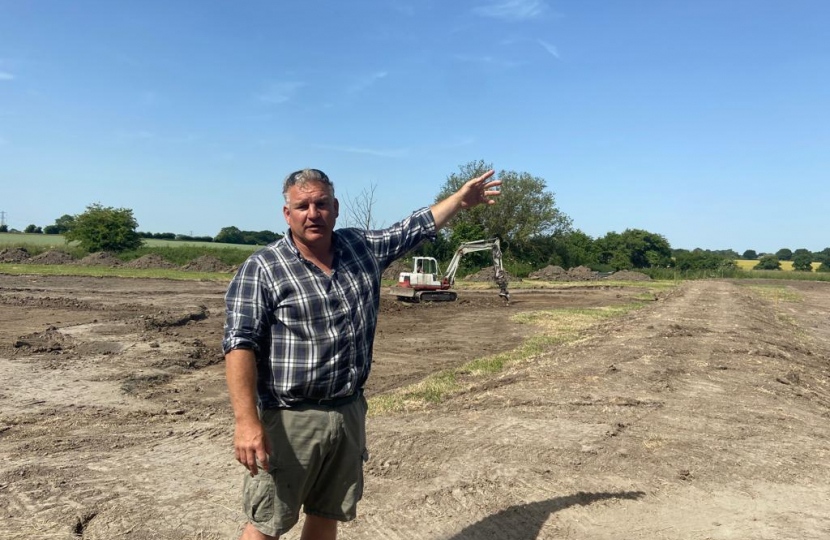 When I was elected in 2019 I promised to continue the public meetings that the candidates held during the election campaign. Covid got in the way, but this year I’ve held meetings in Devizes, Marlborough, Tidworth, and last week in Pewsey. As usual this consisted of a particoloured patchwork of questions and comments about national affairs, local matters, and the qualities of Boris Johnson. I try to engage as much as possible with people on this latter topic, but it’s also the case that most people who come to the meetings want to talk about other things. For me it was, as ever, difficult and fun by turns, and either way very useful.

En route to Pewsey I was stuck behind the sort of tractor I remember from my childhood - the size of a modern 4x4, with a metal seat shaped like an oyster shell, no windscreen and no roof. It was going to Rainscombe Park, of course. Some years ago Robert Hiscox invited the collectors of antiquated farm machinery to use his grounds for their annual country fair. As I arrived on Saturday morning, by chance Robert happened to be at the gate in a golf buggy, so I got a tour like Tony Blair visiting Camp David with George W Bush. By the portaloos we met Alex Scott of agricultural engineers TH White, who were celebrating their 190th anniversary with an all-staff-and-families camp-out. Massive respect to Robert, to Alex, and to all the tractor enthusiasts of Wiltshire.

It was because of a tractor enthusiast from Devon that I spent Monday and Tuesday knocking on doors in Tiverton. The by-election to replace the unfortunate Neil Parrish is underway. We are struggling to hold the seat, and I was depressed by the number of people who said they wouldn’t vote at all. Naturally we are getting a drubbing, but I found no discernable enthusiasm for the opposition either.

Thursday morning I was in the MOD in Whitehall, mostly in a panelled room whose columns and cornices were rescued from the 18th century houses along the Embankment demolished to make way for the Board of Trade, which this building was before WWII (they also discovered Cardinal Wolsey’s wine cellar). I was there with a cross-party group of MPs from the Armed Forces Parliamentary Scheme. As ever, I was struck by the honesty of soldiers - their frank bafflement at Putin’s disastrous strategy, for instance - and their quiet commitment to do whatever is asked of them. 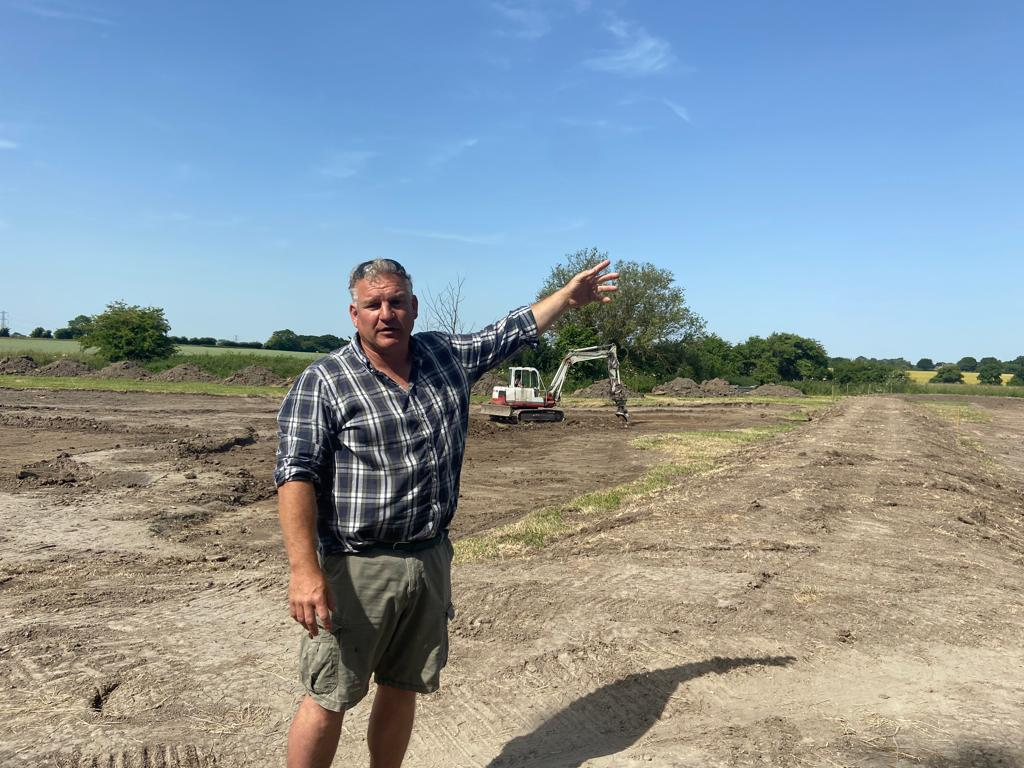 Three neighbouring MPs (James Gray, David Johnston and Laura Farris) and I spent Friday morning with the team who run the North Wessex Downs Area of Outstanding Natural Beauty, hosted by David Lemon who farms between Burbage and Great Bedwyn (see above, at a new marsh he’s creating on his land). The AONB is a national asset of inestimable value. It is greatly enhanced by the work done by farmers like the Lemons. David’s father Peter started the Southern Streams project many years ago, which now has 25 farms covering 100,000 hectares signed up to keep their water clean.

It’s working. Elsewhere the farmers are partly to blame for the phosphates that choke our streams, but round here it’s sewage. This (pic below) is a stretch of Wilton Water, the Victorian lake that fills the Kennet and Avon canal. On top is blanket weed, the product of the effluent pouring into the watercourses from the sewers that can’t handle the pressure we put on them. All the more reason for the changes the Government is making to the regulation of water (see here). 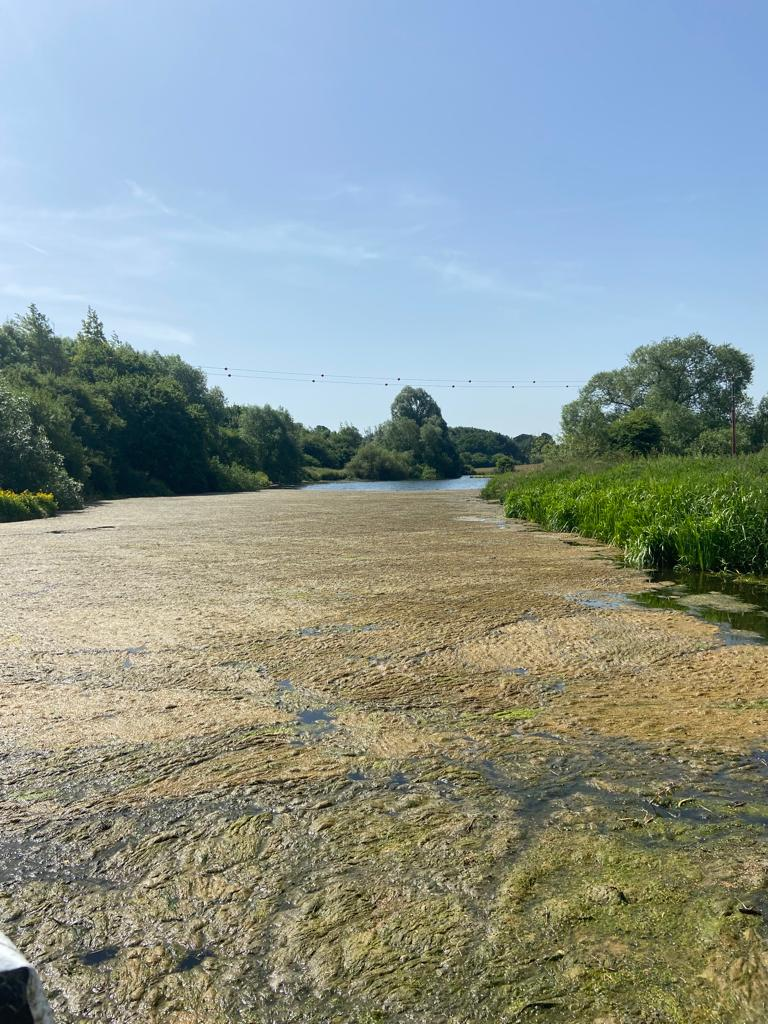 Great news! The railway that made the Kennet and Avon redundant once served Devizes, until Beeching closed our station in the 1960s. Now, thanks to the Government’s Restoring Your Railway fund, we may be getting it back. During my walk on the Lemons’ farm I got a call from the Rail Minister who told me the bid for Devizes Gateway station (as it will be called, for it will be on the edge of town not in its old location under the castle walls) has got through the next hurdle, and won funding to develop the business case for the final green light. I will write more on this in due course, but suffice to say I am delighted. 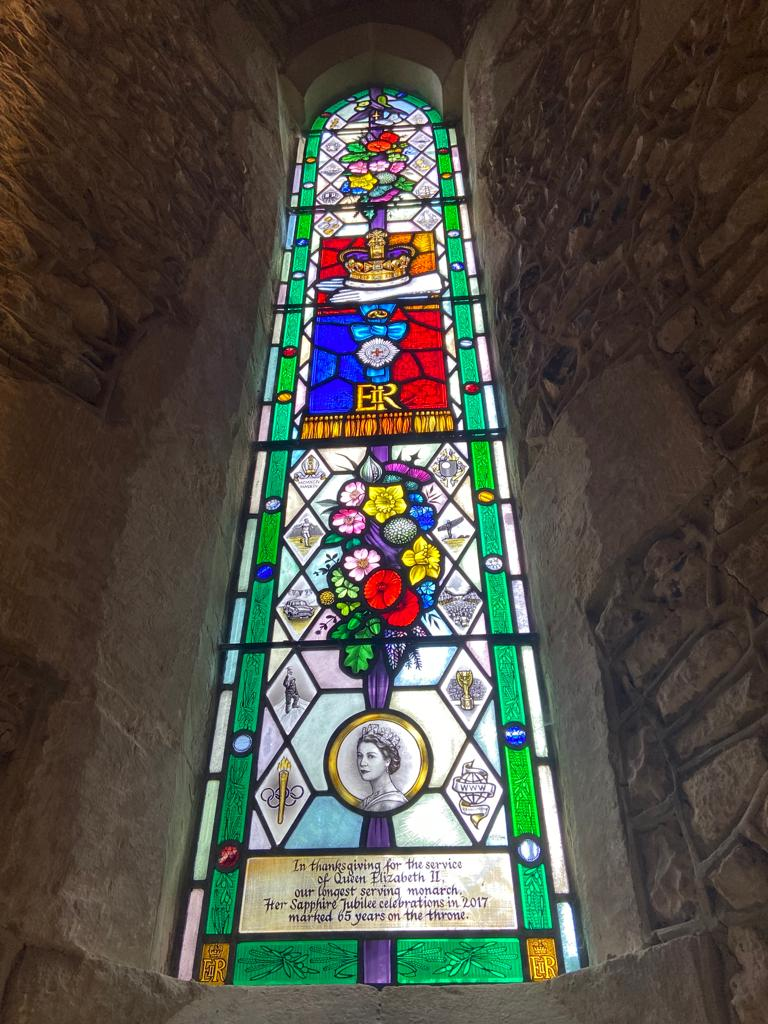 The Church (St Peter ad Vincula) at Broad Hinton has a punchy spirit. It did battle with the village pubs through the 18th and 19th centuries, with an adjacent coffee house set up by the vicar as a temperent alternative. When some items of church plate were stolen in 1756 the churchwardens threatened to employ a ‘cunning man’ - a sort of anti-witch - to find the culprit unless they were returned; they were. And now in the 21st century St Peter ad Vincula has done what the Bishop of Ramsbury, who presided over the dedication on Thursday evening, told me only happens about once a year in his diocese: gained permission for a new stained glass window. In honour of the Jubilee Broad Hinton commissioned the glass artist Deborah Lowe, who spent the lockdown producing a most beautiful design, with echoes both ancient and modern of The Queen’s reign. Afterwards we drank wine in the churchyard, while the Georgian teetotalers spun beneath us.