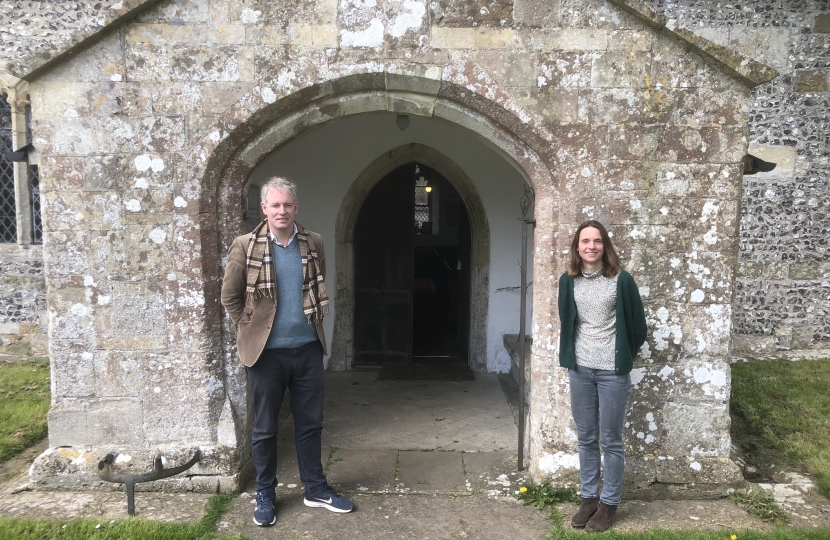 I gave my tuppence worth on HRH Prince Philip in the debate on the Humble Address on Monday, with a short speech about his legacy. I do think the main speeches - from the Prime Minister and Leader of the Opposition, and a few notable grandees who knew the Prince well or had some special connection with his work - were enough of a memorial to his life of service, and the public didn’t need eight hours of oleaginous tributes from junior MPs. But we were invited to ‘put in’ to speak, and so we did.

I used the opportunity to talk about the future, and the opportunity to build on the brilliant Duke of Edinburgh Awards scheme, or the ‘D of E’ as countless generations of footsore teenagers have called them. We are rightly concerned about the future for young people in this strange age and the D of E lays the foundation of skills, environmentalism, teamwork, initiative and grit that this generation is going to need. I urged the Government to create a more useful memorial to Prince Philip than Prince Albert’s great golden statue in Kensington Gardens.

The next day I opened an ‘Adjournment Debate’ - the last thing in the day’s business - on the use of ‘Do Not Resuscitate’ orders in care homes. Last year some appalling stories emerged of ‘blanket DNR’ policies, meaning patients with certain conditions (including age) had their notes automatically marked with the order that they should not be resuscitated in the event of heart or respiratory failure. The Government asked the Care Quality Commission to undertake an investigation and I am very glad to say they found no evidence of ‘blanket DNR’ policies anywhere; but then again, they found evidence of very shoddy record-keeping, and these policies would probably not be formalised anyway. We need a much better framework to govern the use of these orders, and absolute respect for the dignity and best interests of patients, even those in their last days and hours. My speech is here.

On a cheerier note, my family and I had a happy time at the Caenhill Countryside Centre, the lovely farm run by Chris and Helie Franklin, who talk to the animals and seem to understand them back. Chris and Helie run the farm for the benefit of visitors, especially those with disabilities or special needs. It’s utterly delightful and rightly has a growing global following - Chris loves social media. He made a video involving me and a pair of donkeys discussing politics, which I am glad I haven’t yet seen.

Some other visits this week: The Netheravon valley has a lot of churches, and not many people in them. The agricultural revolution depopulated these villages. As we build back from Covid-19 and rethink the urban economy, the enterprise and social spirit of Lorna, Dot, Emily, Angus, Grubby, Andy and Richard is rekindling the countryside.