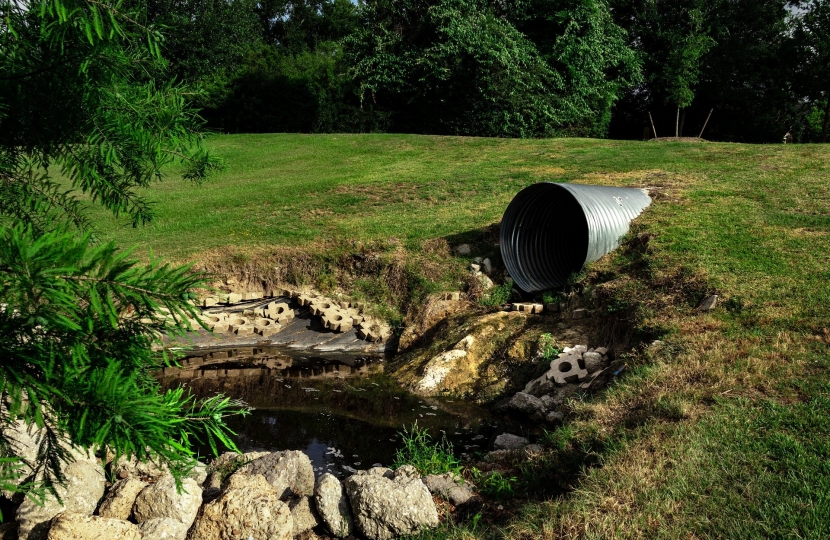 There’s been a massive campaign on social media suggesting that Conservative MPs voted last week in favour of the practice of water companies discharging raw sewage into the rivers. I regret that our own communications operation should have been so poor that so many people actually believe this. OF COURSE WE DON’T WANT SEWAGE IN THE RIVERS. The issue is how to stop it.

The opposition amendment we voted down last week proposed to simply ban water companies from discharging sewage. In the real world, however, you have to think what that would mean. The reason they discharge sewage is that our infrastructure of pipes and sewage treatment works is inadequate, so when a storm causes a surge in water through the system, the only alternative to a river discharge is to allow the sewage to back up into people’s homes. I’m not sure that’s what everyone posting about the vote actually wanted.

Of course we need better infrastructure. But this is estimated to cost around £10,000 per home - or if the taxpayer does it, that’s hundreds of billions of pounds in tax and borrowing, equivalent to our spending on the Covid-19 response. This investment will have to be made over a long period of time.

As my colleague Anthony Browne MP has put it, the amendment had “no plan to implement [the ban], to pay for it, or look at the consequences in terms of flooding in homes, higher bills, bankrupting water companies or deluging them under a tidal wave of court cases. It would have been like getting every house to stop burning gas by making it illegal to turn on gas boilers, without considering the consequences. No responsible government could pass such an amendment.”

I agree. But I am pleased that so many people are up in arms about the issue, because we do need serious, concerted, expensive, long-term work to clean up our rivers. We need a catchment-based approach that includes policy on agriculture practice; new thinking about our own patterns of water consumption; better development policy to avoid building in flood areas and reduce the run-off and waste of water that badly-designed houses create; and a new set of incentives and obligations for the water companies, with regulation that allows them to make the infrastructure investment that is needed.

The Government is working on all of this. The Environment Bill will set a clear imperative for Government, Ofwat and the water companies to eliminate sewage discharges, including a new duty on water companies to produce comprehensive statutory Drainage and Sewerage Management Plans setting out how storm overflows will be addressed; new rules for Ofwat to require water companies to take steps to “significantly reduce storm overflows”, and funding for them to do so; and new rules for all new developments to be built with sewage systems that can survive storms without discharging sewage.

I hope this gives some reassurance that I support real, practical steps to eliminate the scandal of sewage discharges.