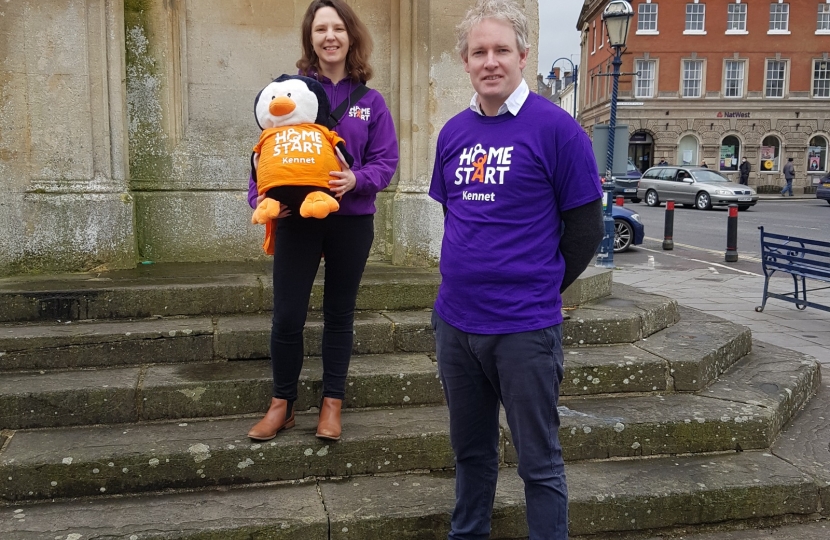 There are only 200 or so chalk streams in the world, most of them are in southern England, and the River Kennet is one of the finest. It rises near Silbury Hill and Avebury, and winds through Marlborough and Hungerford to join the Thames at Reading. And like many other chalk streams, it is not well.

Overdevelopment, among other causes, is causing an excess of phosphate to enter the river. We know this because the mayfly are dying. Phosphate causes the algae to grow too thickly, smothering fish and flies by reducing the oxygen in the water: ‘eutrophication’.

I learned this from Tom Putnam, a local angler who has become an expert on sewage and its effects on the life of rivers, whom I met on zoom this week. I plan to work with him and others, including my eastern neighbour Laura Farris MP who has been campaigning for improvements in the water quality via better development and more effective treatment of sewage.

The Police and Crime Bill had its Second Reading this week, and I voted Aye. A lot of people wrote to complain about the clauses on the policing of protests, which I addressed in this post. I spoke in the debate (see here) to say that the principle of Bill is a good one. It will bring tougher sentences for serious criminals, and smarter justice (including more community sentences and GPS tags) for young offenders. I also made the point that no amount of laws and rights are going to make women and girls safer if we don’t bring up our boys to respect them; and for that we need stronger families and communities that give them the right role models.

Speaking of crime, this week I drove up Roundway Hill behind Devizes to meet Jonathon Seed, the Conservative candidate for the election for Wiltshire and Swindon Police and Crime Commissioner, which takes place on May 6. He wanted to show me the lengths farmers are having to go to to protect their land from the scourge of illegal hare coursing. This farmer had dug a three-foot ditch all around his fields to stop the trespassers driving in with their dogs.

Hare coursers belong to organised crime gangs, who stream the hunts live on the internet for a global gambling racket. Given the money they can make, they don’t take kindly to interruption and are often violent if challenged. It’s an outrageous crime and I am glad that Jonathon is taking it so seriously. We need to change the law to give the police more power to disrupt the trespassers and seize their dogs, and we need tougher more visible local policing.

Friday was all about children. I had a chat (and a surreal photo-shoot with their mascot, a penguin, in front of Lord Sidmouth’s unamused statue in the market place at Devizes) with Joanne Kent of Home Start Kennet. Home Start are a wonderful organisation helping families, especially new mums without wider family around, cope with the challenges life throws at them. They have been an essential lifeline during lockdown, but as Joanne says, the need isn’t going away now kids are back in school. Many families will still be struggling, and the challenge is how to let them know Home Start can help. If you or anyone you know would like to hear more, please contact Joanne on 01672 569457.

I also popped into Devizes School, where crowds of teenagers were performing a great choreographed dance around the grounds - each class kept apart, with staggered breaks and meal times and their own outdoors space. It is a huge feat of logistics and I congratulate staff and students for it.

Then to Holy Trinity Primary School in Great Cheverell, where teachers have just finished their assessments on their children’s progress during lockdown. Their remote teaching was obviously brilliant because the children have done really well. The challenge for staff now is keeping groups of little children apart on a small site, which requires far more adults to manage them all. One consequence is the headteacher, the tremendous Mercedes Henning, and her two colleagues from the office stepping in as dinner ladies. Mercedes was awarded the MBE this year for services to education in Wiltshire, and I can see why.

After that I had a fascinating meeting with Sue England, boss of the lovely Sunflowers Nursery in East Grafton, to discuss the huge pressures early years providers are under. The government generously subsidises pre-school education and childcare, but many nurseries - especially the smaller ones - still struggle to cover costs.

Today my colleague Miriam Cates MP and I launched a new project, the New Social Covenant Unit. This will campaign in Parliament for polices that strengthen families, communities and the nation. I wrote a short article explaining the vision here, and you can read more (including a set of 12 ‘propositions’ making the argument in detail) on the website here. This project builds on the priorities I have pursued in Wiltshire since becoming your MP, to help struggling families, strengthen our communities, and support the Prime Minister’s vision for our newly independent country.

Finally, a major local priority is of course the Army. Tomorrow (Monday) we’ll hear about the Government’s plans to restructure the armed forces, and there are suggestions that troop numbers may be reduced. As the MP for a big chunk of Salisbury Plain, I am very concerned that we don’t abandon conventional forces in favour of robots and satellites. That said, I recognise that in today’s warfare soldiers need robots and satellites in order to defeat the Queen’s enemies, and 10 soldiers with the proper kit may be better than 12 who can’t fight properly. Let’s see what tomorrow brings in terms of detail. I plan a roundtable towards the end of this week to take the measure of local opinion on the plans, and would be glad to invite constituents with useful experience to join me for this. Do get in touch.