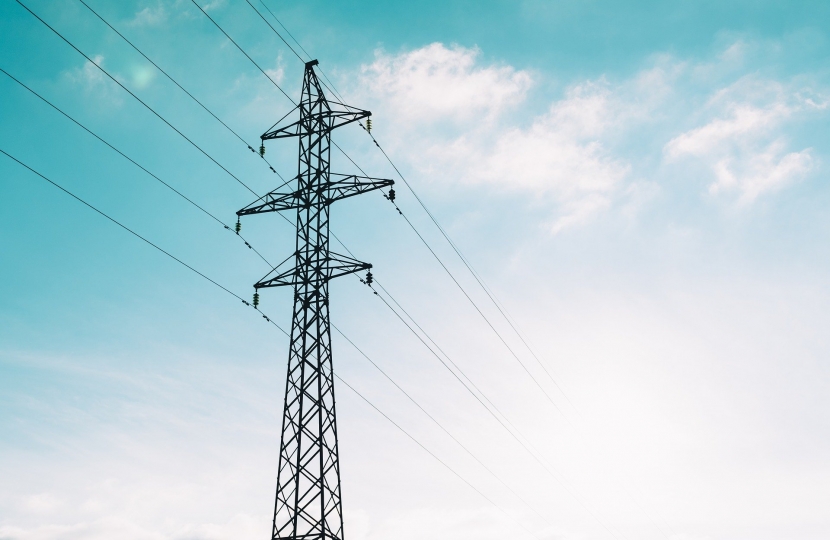 Many thanks to those who have contacted me about the The Local Electricity Bill.

I believe distributed generation has an important role to play a part in a smarter, more efficient energy system and small scale low-carbon technologies should have a level playing field as the market for smarter services evolves. That is why, along with other colleagues, I have added my name to the Local Electricity Bill.

The Local Electricity Bill was introduced in the previous session of Parliament, and since it was unable to make progress it fell when Parliament was dissolved for the General Election. To continue through the legislative process, it would need to be reintroduced.

Community energy is a key part of clean growth and can de-carbonise energy in local areas while bringing other economic or social benefits. I the welcome the introduction of the Local Energy Programme which supports local actors, such as community groups, local authorities and combined authorities to develop their own energy strategies and deliver their own energy programmes.

Since 1st January 2020 the previous Feed-in Tariff scheme has been replaced with the Smart Export Guarantee, which gives small-scale low-carbon electricity generators, such as homes with solar panels, the right to be paid by certain electricity suppliers for the renewable electricity they export to the grid.

This new scheme could create a whole new market, encouraging suppliers to competitively bid for this electricity, giving exporters the best market price while providing the local grid with more clean, green energy, unlocking greater choice and control for solar households over buying and selling their electricity. It reflects the Government’s continued commitment to ensuring that low carbon electricity is central to the transition to the smart and flexible energy systems of the future.

I will continue to monitor the progress of the Bill. The scheduled second reading of the Bill in Parliament is 21st January 2021.

The Department for Business, Energy & Industrial Strategy (BEIS), is the UK government department responsible for building a stronger, greener future by fighting coronavirus, tackling climate change, unleashing innovation and making the UK a great place to work and do business.