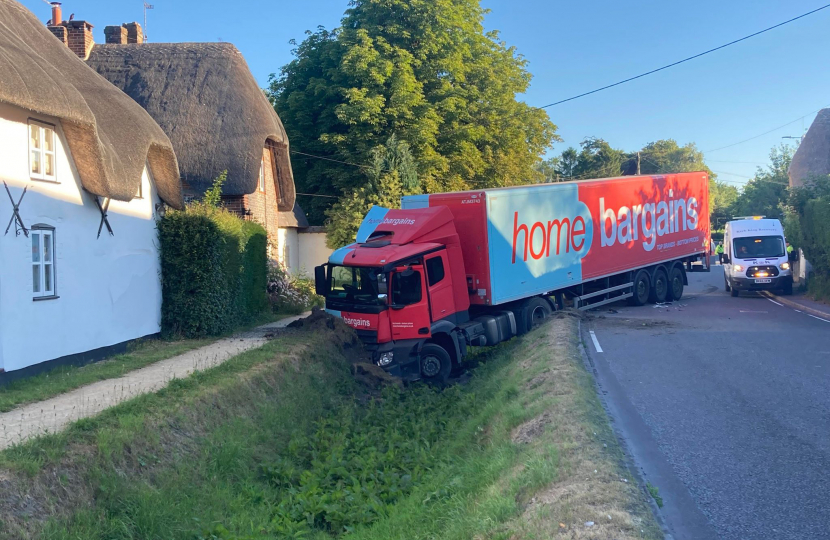 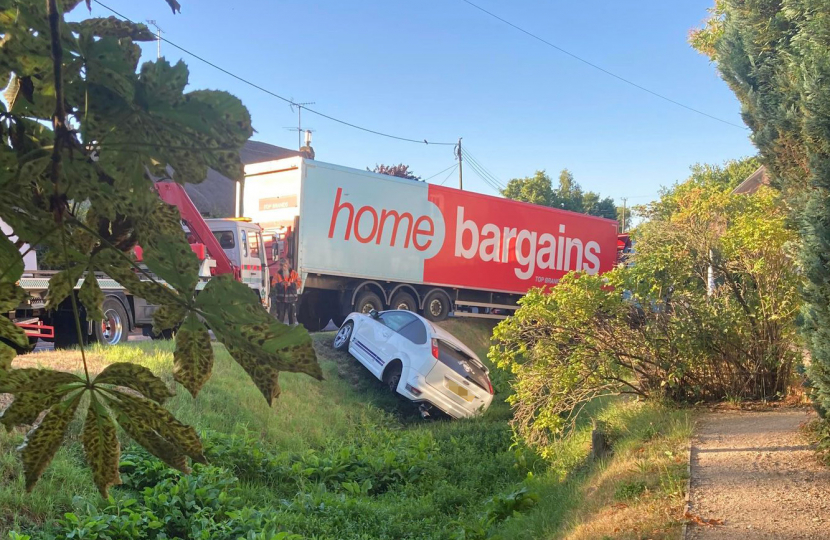 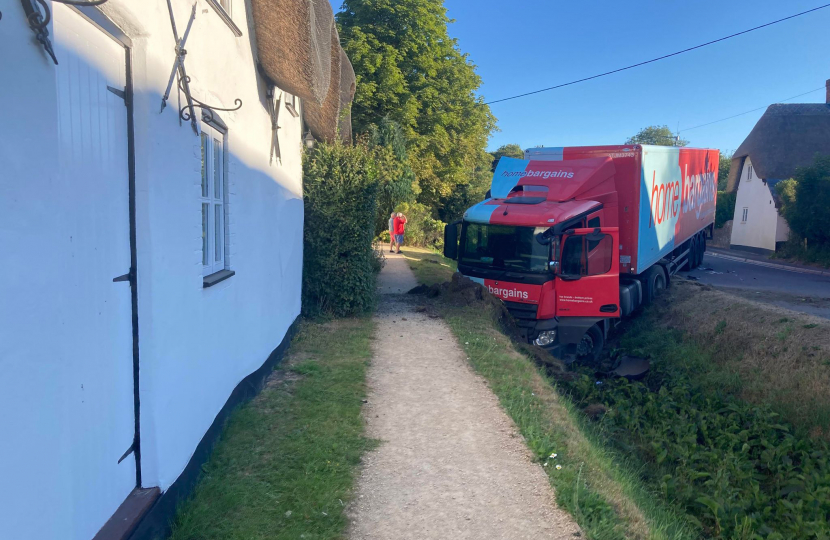 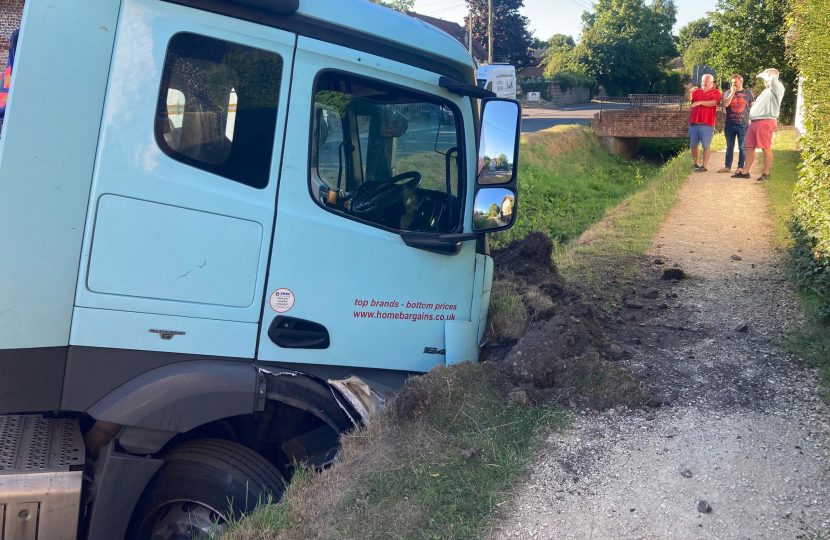 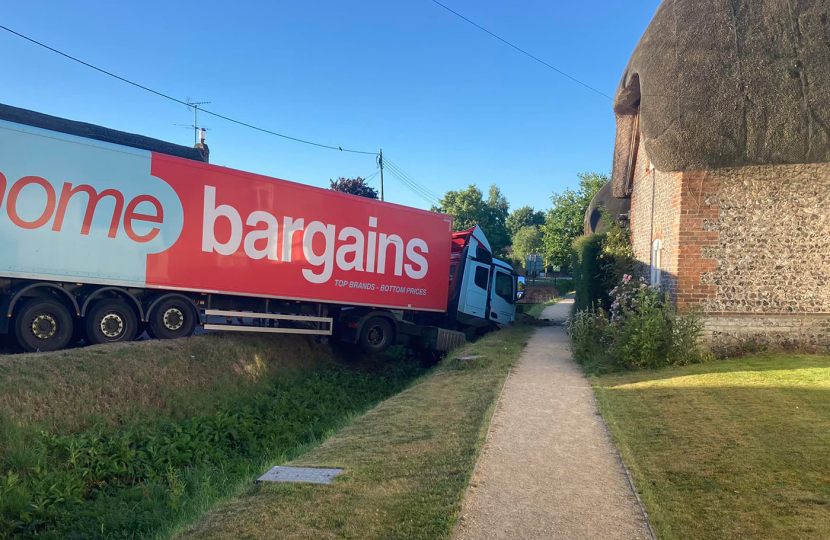 Danny Kruger has again asked the Government to ban HGVs from using the A338, following a near-miss in Collingbourne Ducis this weekend and marking the first anniversary of the crash in the village which killed seven-year-old Eloise Jackson.

Mr Kruger, MP for Devizes, has launched a fresh appeal for the A338 to be re-designated as a trunk route for HGVs. Mr Kruger yesterday (Monday) wrote again to Baroness Vere, Parliamentary Under Secretary of State at the Department for Transport to ask that Heavy Goods Vehicles (HGVs) be prevented from travelling along the A338 and requesting alternative routes be considered. The call comes in the midst of a major review into North-South links, including through Wiltshire.

Mr Kruger also wrote to the Head of Home Bargains, after one of the company’s lorries veered from the road and came to rest just a few meters from colliding into a resident's house this weekend. He will visit residents later this month and will also meet Wiltshire Council to discuss further exploration of traffic restrictions on the road.

Mr Kruger said: “Having visited Collingbourne Ducis to discuss the problem of lorries speeding through the village in the wake of Eloise’s death last year, I am dismayed to see another near miss this weekend. While I am very thankful that no one was hurt this time, I am resolute that something must change before another tragedy is allowed to take place.

“There have been enough tragic fatalities on this stretch of road in recent years. This is further evidence of the need to control speeding but also to ensure HGVs use different routes between the M4 and the A303. The Government is currently reviewing north-south travel through Wiltshire and I have argued strongly for a redesignation of the A338 to reduce heavy goods traffic. The results of the review are expected soon and I have today reminded Government that residents are waiting for this news.”