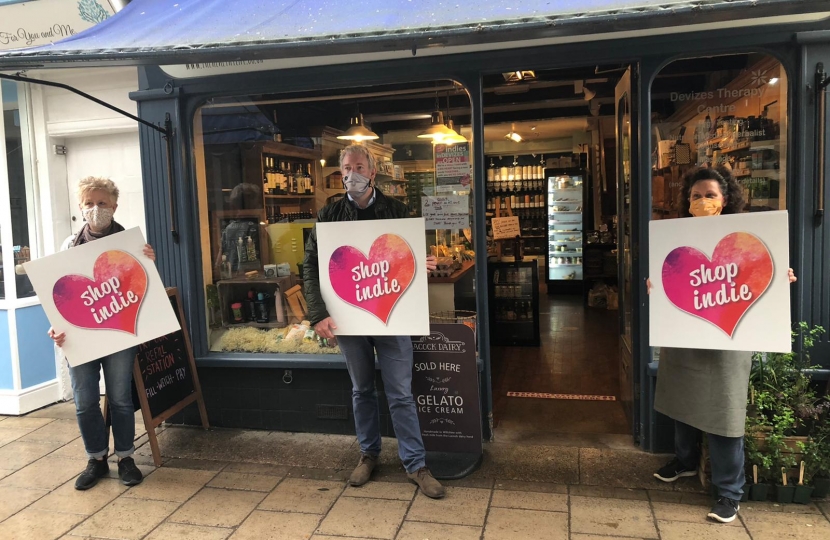 I have spent the last fortnight writing my report on communities for the PM; I handed it in on Friday and very much hope he and the Government like it. I set out some big ideas on how to sustain the community spirit we have seen during lockdown, creating a more flexible public sector that gives local people more power and responsibility to look after themselves and their neighbours. I look forward to publishing it in due course.

The parliamentary term ended last week. Just before recess I was delighted to be chosen (through an opaque process overseen by my Wiltshire neighbour James Gray MP) for the Armed Forces Parliamentary Scheme. Along with a dozen or so other lucky MPs I will spend part of each month over the next year getting a privileged insight into the workings of the British Army, including joining them on exercise and attending special briefings on operations. We even get a sort of uniform, though James was at pains to stress this does not make us real soldiers, and we are not allowed to wear it except on AFPS duties.

Coronavirus and its appalling consequences, for the families of those who have died and for those who have lost their livelihoods, continue to occupy the bulk of every MP’s time and most of our postbags. I am enormously relieved that the UK death and infection rate have fallen so much and that we are now able to open up the economy. In that context it appears paradoxical that this is the moment we must all don face masks when we go shopping. But really the paradox is an attempt to have to have it both ways, which is what we need to do: stop a new outbreak of infections while getting out and about as much as possible.

From my conversations with retailers this week (Monday), it appears the masks are something of a restraint on trade. I very much hope we all get used to wearing them and can resume browsing and shopping as before. I spent some time with Justina Pettifer of The Healthy Life Company in Little Brittox, who has traded throughout lockdown and is optimistic about a new - more sustainable, more local, more healthy - model of shopping. I then posed for a picture in support of ‘Indie Devizes’ - the campaign for independent retailers - beneath the approving gaze of Lord Sidmouth in the market place. 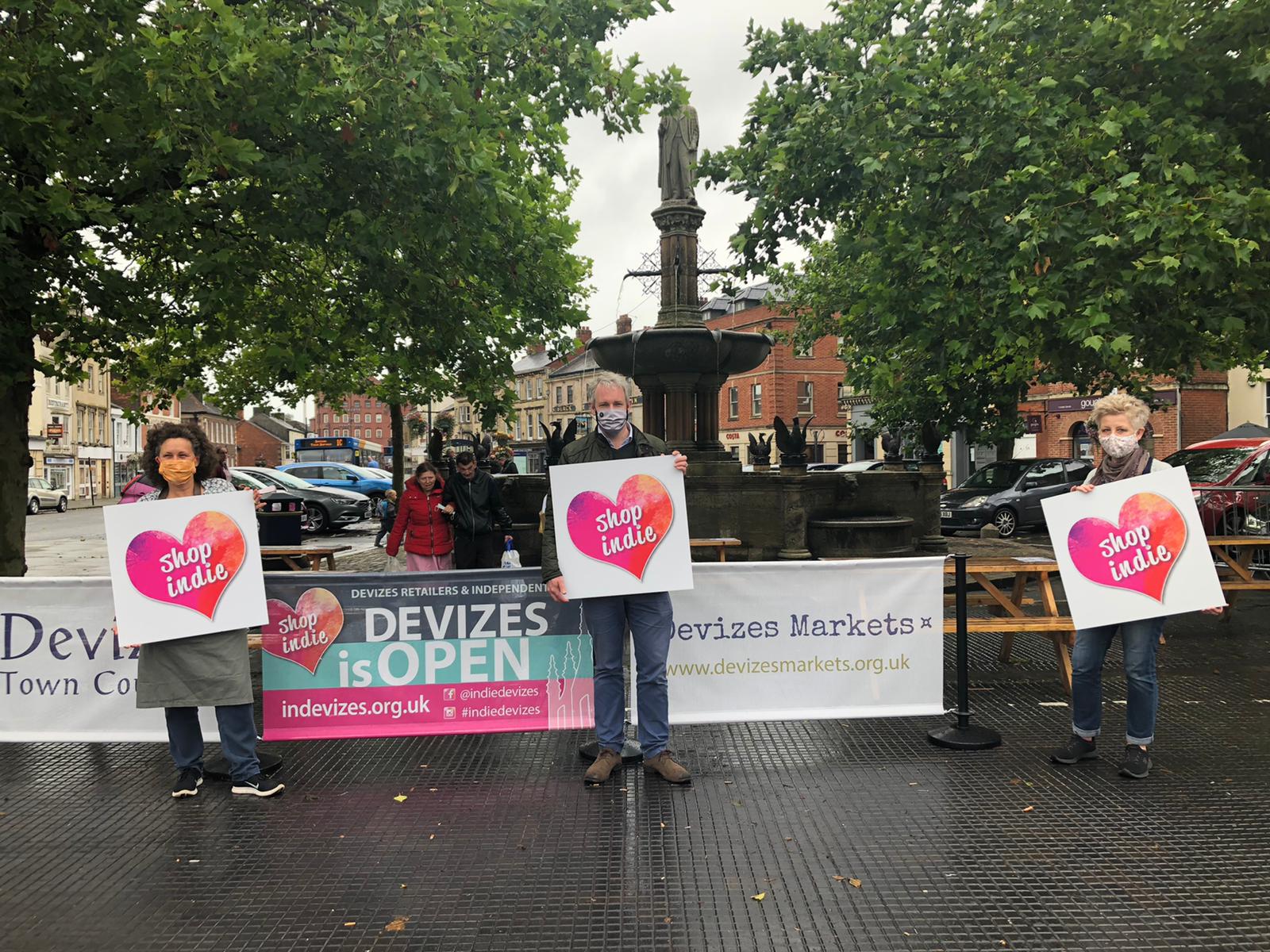 May I also give a plug to the brainchild of Jamie Cayzer-Colvin, who has given 20,000 face masks to local businesses who make a donation of £1 per mask to the Stars Appeal, supporting Salisbury District Hospital. If you know a business which would like a box, please call 01722 346861 or email amanda@chapelnightclub.co.uk.

I have written to the Health Secretary and the Care Minister about social care and I continue to push for desperately needed reform in this area. I had the pleasure of a visit to the new Avebury House care home, by the canal in Devizes, to meet the team who will shortly welcome their new residents. We discussed the really terrible plight of families who would dearly love to keep their relations at home, but the absence of proper support for ‘domiciliary’ care means they have no choice but to send them to live in a residential care setting - which even if it is a lovely place, is not home, and costs the taxpayer far more than it would have cost to support the family to keep the elderly person at home. 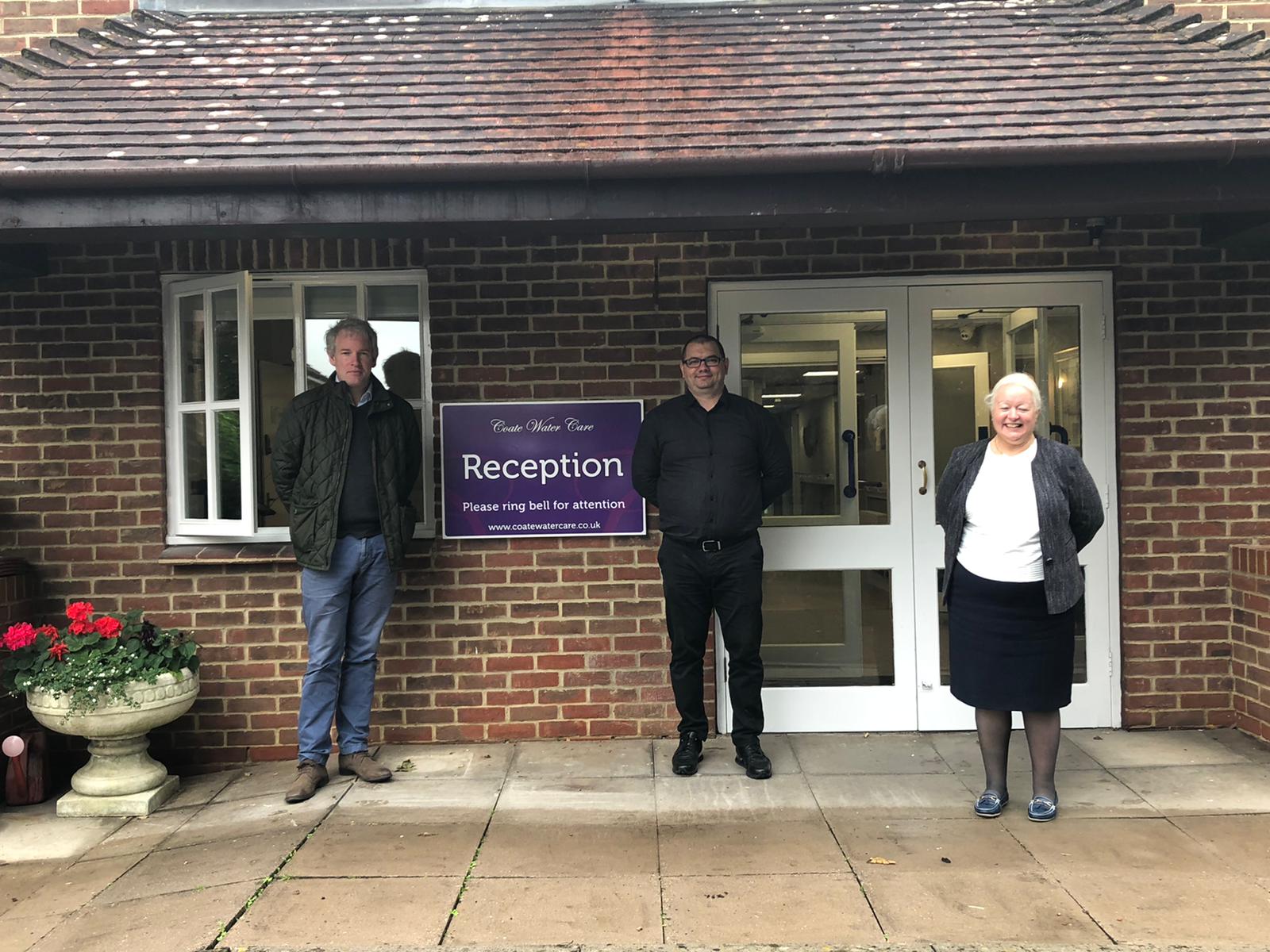 Much change is needed and I will keep up the pressure on government to deliver their plan for social care reform. From my conversations with the council, including the new Cabinet member for social care, the Devizes councillor Simon Jacobs, I am encouraged that Wiltshire is leading the way in developing the sort of system we need.

Another pressing local issue is broadband coverage. We all relied on it more than ever during lockdown and if the famous ‘new normal’ means more homeworking (which I hope it does) we cannot tolerate a patchy and poor internet in our rural areas. Therefore I would like to host a ‘broadband summit’ with representatives from each town or parish with poor internet, to explore options for improvement with people from the government, the council and the internet companies. If you would like your community represented, by you or someone else, please write to me at danny.kruger.mp@parliament.uk.

At the weekend I marched the family up Roundway Down to the iron age fort, with its spectacular views over north Wiltshire. This is where in 1643 the Royalist army under Sir John Byron attacked General Waller’s Parliamentarians and forced them into a three-mile running retreat to the edge of the scarp that faces Devizes, and down a 300-foot near-vertical drop to what was known thereafter, for the mangled men and horses that died there, as the Bloody Ditch. General Waller rolled down the slope and escaped. (We performed a reenactment: I was Sir John Byron, and the children successfully did a Waller.)

The rout at Roundway prompted Cromwell to form the New Model Army, an efficient, professional fighting force that won the war. I hope the crises we have been through recently - and the dysfunctions of the British state going back years - lead to changes in our own civil administration. From catastrophe to reform and victory.