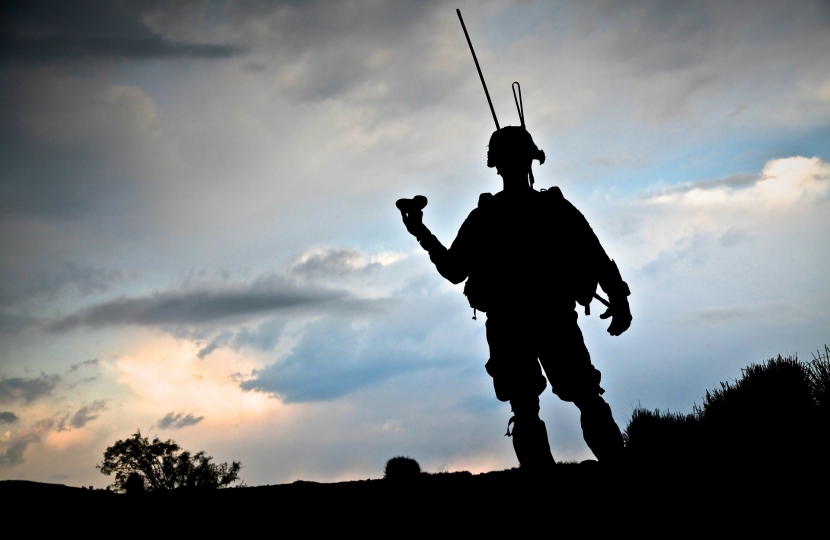 I represent the largest concentration of military bases in the UK. Over the last 20 years thousands of men and women left Wiltshire to fight in Afghanistan. Some never returned and many more returned with injuries and traumas that will live with them forever.

I thought of them and their families as I sat through seven hours of debate in the House of Commons today on the situation in Afghanistan and the lessons we need to learn. I was pleased to hear a commitment from the government to increase the support available to veterans, including mental health services.

Many MPs made powerful speeches regretting the hasty withdrawal by the Americans, the failure of other NATO and European allies to step up to fill the gap, and our own inability to remain in the country on our own.

Many also pointed out the many benefits that the long intervention has brought Afghanistan and the world: millions of girls who have received education; no terror attack on the West launched from Afghanistan in all that time; a worldwide reduction in heroin and opium supply. The fact these benefits may now cease does not nullify what has been done over the last two decades.

I have no special insight into the causes of the crisis. But with hindsight my simple observation is that we and the Americans left as we arrived 20 years ago: suddenly, shockingly, and apparently without a full appreciation of the impact of our actions on a complicated society.

This doesn’t mean we should never have gone in, or that we should never have left. It means we - or our leaders, and the US in particular - needed both more humility and more resolve. The humility to know the limits of our power, and the resolve to see the job through - particularly on the political and civilian side, where we needed to stand stronger and for longer with those Afghans building a country free from corruption.

Today the Government announced an extension to the resettlement scheme that has been in place for some months, and has already seen 2000 Afghan interpreters and other vulnerable individuals evacuated to the UK since June. 5000 are expected this year and a total of 20000 over the next 5 years. These figures strike me as a bit arbitrary and no doubt can be extended, but they are useful indicator of our willingness to receive large numbers of evacuees.

My major concern is about how we will accommodate and support the people who arrive. Yesterday I had a message from the Leader of Wiltshire Council, Richard Clewer, who said that Wiltshire stood ready to support as many Afghans as we can. He also pointed that that we have a lot of empty MOD properties which could be used to house the evacuees. I raised this in a call with the Defence Secretary yesterday who welcomed the offer from Wiltshire and confirmed that officials are working hard to make MOD houses available for Afghan families.

But our commitment goes beyond what government and councils can do. I am sure that across Wiltshire people will step up to offer support to the evacuees who arrive. These are the people who helped our soldiers in their country - we need to help them now that, through no fault of their own, they have ended up in ours.