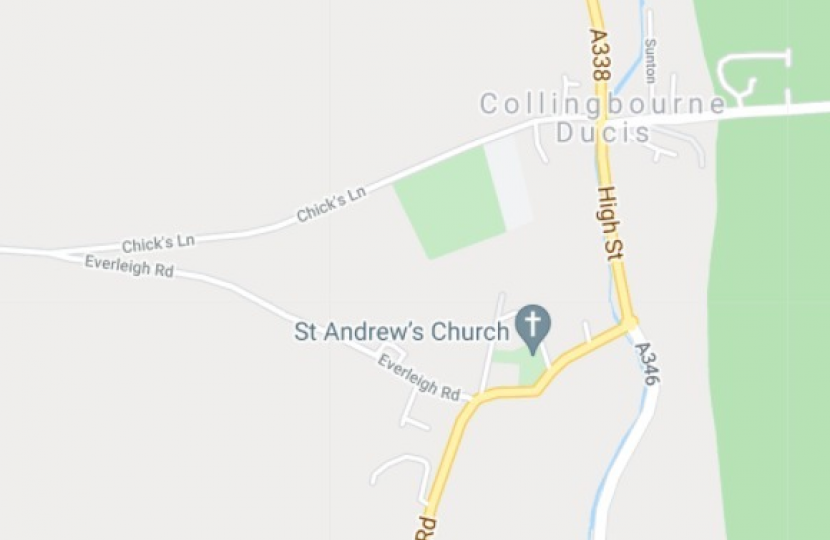 On 13 July, 7-year old Eloise Jackson, riding her bike near her home in Collingbourne Ducis, suffered a collision with a lorry and died. This terrible tragedy has of course devastated the community.

Yesterday I visited the site of the crash and met a large number of local residents. They were very dignified and, quietly, very angry that complaints that have been made for years have fallen on deaf ears. While we stood there talking dozens of HGVs came whistling past, round a blind corner and into the village where futher sharp bends often caused them to get stuck. I was told that every day there are altercations between drivers who struggle to pass each other.

This road was made for horses and carts to get through a quiet country village. It is now a major trunk road connecting the big distribution centres in Swindon and Amesbury. Towns and villages all along it - including Marlborough, where I have seen for myself how the big lorries struggle on the narrow slope going up Herd Street - are blighted by the enormous vehicles. And now, for the fifth time in three years, we have a death on the road through the Collingbournes.

In consequence of my meeting with residents I have written today to the Transport Secretary and Road Minister, inviting them to visit Collingbourne Ducis and urging a major rethink of the designation of the A338/A346 as a major trunk road. The good news is that a review of the north-south links in the South West is already underway, and I hope that this is an opportunity for change. The big lorries should be on the A34, to the east, and the A350, to the west. This will also require better regulation of satnav use by HGV drivers. It is simply inappropriate for the big lorries to use this road in the volumes they do.

Nothing any of us can do can make things right for the Jackson family. But we now have the imperative to improve the safety of the road so that other families can be safer in their village.

Wiltshire has been the epicentre of life and culture on this island for thousands of years. This is, in large part, due to its position as the triple hydrological divide of the South of England.