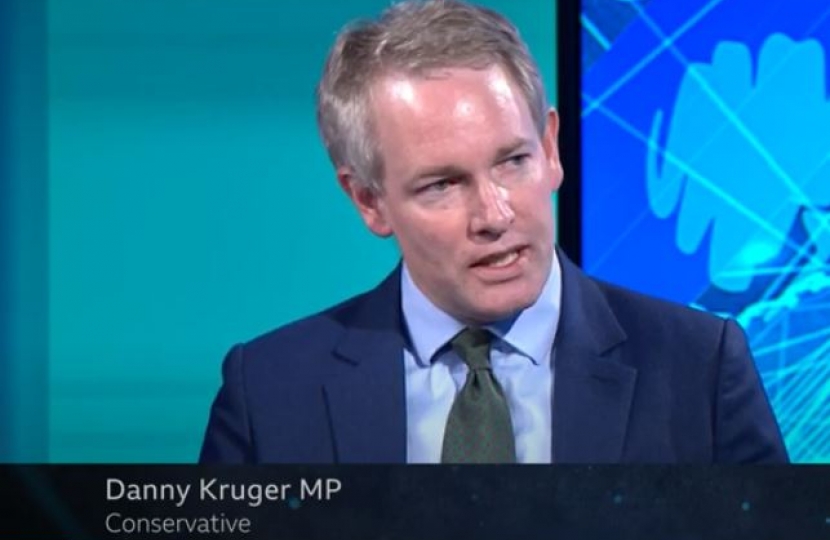 You may not have noticed it, but we held the Conservative Party Conference this week, albeit drearily on zoom. I do relish the efficiency of online meetings - all sorts of conversations are happening that wouldn’t have happened in the era Before Covid (BC) - but the point of Party Conference is the drinking, the gossiping, and the plotting. So instead of that I took part in some worthy (and actually very interesting) online events, discussing addiction services and also the future of high streets. Both issues needed to be addressed BC, and even more now.

The same goes for Social Care. In Parliament on Tuesday I challenged the Care Minister to confirm the Government is working on a solution to the ongoing crisis in care, which preceded and is exacerbated by the pandemic. My point was that we are rightly focused on care homes - balancing the twin imperatives of making them as safe as possible from coronavirus, while also allowing family members to visit. But for the future we need to think beyond residential care and work with families and communities to help older people, and other adults with care needs, to stay at home for longer. I was pleased to get the Minister to confirm we are not about to create a new National Care Service in emulation of the NHS. You can watch our exchange here.

I thought the PM’s Party Conference speech showed an impressive return to form. We have had an unfamiliar Boris of late. He is not the entertaining optimist of happier times, nor the Churcillian bulldog fighting the EU that we witnessed last year. He is a sober, embattled leader for a sober, embattled time. He is ‘not himself’ in the sense of his former personas, because the country is not itself. But we saw in the speech this week that he retains the energy and courage that I, at least, have followed him for. I was pleased his central argument was that beyond this crisis we can ‘build back better’ - a more entrepreneurial, environmental society, with more opportunity and more fairness.

I was on Newsnight that evening. You can watch the interview here (note to self: next time take a powder compact. They don’t make you up before TV interviews anymore, because of Covid, so I glowed and glistened revoltingly). I was invited on to talk about the PM’s speech and hoped to make the points above, but perhaps naturally Emily Maitlis focused on the ongoing challenge of test-and-trace. I explained we have gone from 2,000 tests per day to 300,000 now, and will be at 500,000 by the end of this month, and that we are delivering more tests than Germany, Spain or Italy. However, I fully accept that we still have problems in the system and that for individuals, businesses, schools and others who cannot properly function because they can’t get tests, the situation is not good enough.

In recent weeks some hundreds of families living in MOD homes have been issued, out of the blue, with notices to quit. They included dozens in Wiltshire. I have been working this week with a group of other MPs, Conservative and Labour, to work out what has happened and whether we can help. The Defence Minister is being extremely engaged and we are meeting next week to explore options.

I was picked up on Twitter this week for pretentiously calling Wiltshire the ‘sourceplace’ of England, by which I mean here is where the biggest, oldest signs of civilisation are to be found. The ditches, barrows, standing stones and henges all date from before England was a land, of course; and some of them even come from Wales (though I am glad to say the big sarsens at Stonehenge come from the Marlborough Downs, it was recently confirmed). I mention it because I would encourage everyone to pay a visit to the Wiltshire Museum in Devizes - as Tom Holland, the historian, said last week, it is ‘an absolute treasure trove of finds & wonders from across Wiltshire’.

Have a good weekend