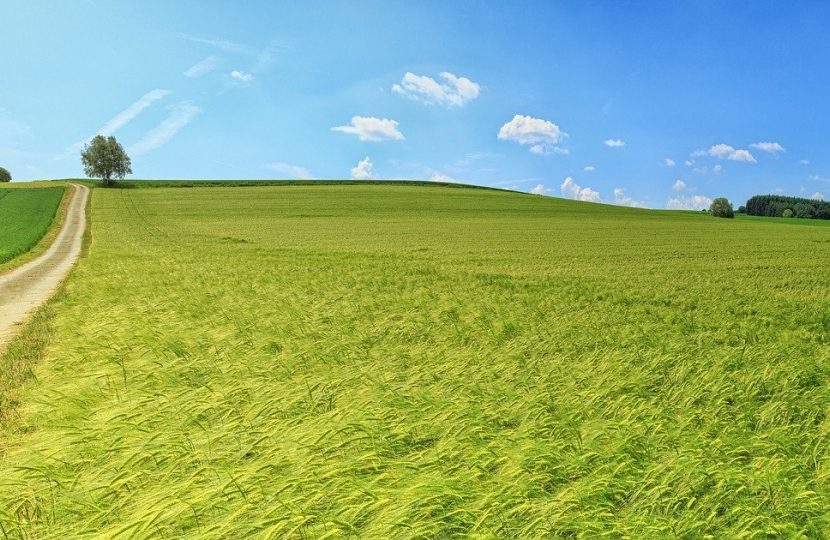 It’s obviously a great privilege to be in Parliament, and not just for the opportunity to make speeches on the things that interest you. You are also a privileged spectator of people who genuinely do make history. Watching President Zelensky speak directly into the chamber - from the big monitors we used during the weird ‘hybrid Parliament’ Covid days - was unforgettable. Likewise the day that Nazanin Zaghari-Ratcliffe’s husband and daughter came to the gallery to watch the Foreign Secretary announce her release from Iran.

Most of my time in Parliament is not spent in the chamber, and certainly not in party warfare. As Parliamentary Private Secretary (i.e. junior non-minister) at the Department for Levelling Up, Housing and Communities (I hope for a shorter job title one day) I have been closely involved in the scheme to admit refugees freeing Ukraine, which my Department is partly (with the Home Office) responsible for. I wrote at length about the various aspects of the British response to the crisis here. My main activity has been to support Lord Harrington, the Refugees Minister, and to help MPs whose constituents want to sponsor Ukrainian guests to navigate the system.

On Wednesday night I attended the meeting in Devizes Town Hall hosted by Rev Keith Brindle of St James’s Church for anyone interested in helping Ukrainian families seeking a temporary home in this bit of Wiltshire. Over 150 people turned out, and Keith recorded dozens of offers of accommodation and an overwhelming offer of wider support. There was very understandable frustration at the bureaucracy involved in securing a visa for refugees. Though most people accepted we need to check who is coming into the country, and who will host them here, all agreed every moment lost in unnecessary admin is a scandal.

I used the debate on the Nationality and Borders Bill - which inter alia will impose tougher penalties on people smugglers and deter people from making the lethally dangerous crossing of the Channel in small boats - to argue for a wider reform of our asylum system. The evidence from the Homes for Ukraine scheme is that communities in the UK are enormously compassionate towards refugees. My view is that we should extend the sponsorship model as the default way in which asylum seekers are accommodated, while strengthening our borders to stop illegal immigration. My speech is here.

I also made a speech in the debate on International Women’s Day (I was one of the few men in the Chamber) arguing against the extremes of transgender ideology. As I have written before, I have sympathy for people who think that in some psychic sense (‘gender’) they properly belong to the opposite sex. But in my view we cannot dismantle the essential distinction of biology - indeed, almost the only meaningful biological distinction that exists in the human race - that between men and women. My speech is here.

In my October 2020 newsletter I recorded a visit to the Rose and Crown at Worton, to talk about the absurd Covid rules that were ruining small village pubs (I also mentioned the Edwardian Worton giant Frederick Kempster, who would play darts here on his knees). I was back at the Rose and Crown last week. It was packed - partly because I’d promised to come and talk about the traffic, which is indeed horrendous. Too many of our villages, built in an age of carts, are now rat runs for commuters and HGVs. Frederick Kempster used to walk down the high street of Worton and get a light for his cigarette from people leaning out of their bedroom windows. Today he’d be run over.

I spent Thursday evening in Trowbridge at the Business and Sport Gala - an impressive black tie event sponsored by local businesses (I was with the nice people from MiPermit who issue the parking tickets) to recognise local sportsmen and women. Wiltshire turns out to have some remarkable athletes - including Lloyd Wallace, the first Briton to perform two quadruple-twisting triple somersaults on a pair of skis. See the absolute maniac in action here.

Spring sprang briefly in Wiltshire this week and I had a sunny/chilly few hours on David Homer’s farm in Chisbury. David is the local NFU chairman and had brought a goodly gang of neighbours to explain all the many ways in which the Government is letting them down, and how things should be done instead. There is certainly much to improve - and an imperative to address the crisis caused by soaring fuel and fertiliser prices.

What struck me about the Homers’ farm was the diversity of the business. The dairy herd is a polyglot menagerie of French and English cows; even the pasture has multiple different grasses, blended to succour each other; and overall, tech and data are enabling a return to the old-fashioned practices of rotational farming. There is much to get right in agriculture policy - not least support for farm workers who cannot even afford to live near the places they work in - but there is also so much to be optimistic about the future of British farming.

This Thursday I’m holding a public meeting near Tidworth - in the Shipton Bellinger Village Centre to be precise - from 6.30pm to 7.30pm. Do come! Register here.