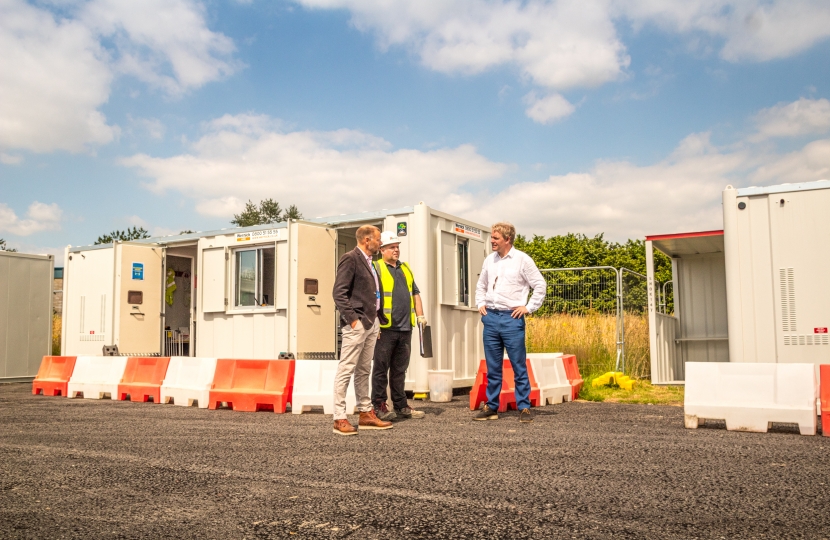 Did you know Devizes was a centre of the British shipbuilding industry? Nor did I, but so it is. Almost every bit of furniture on Royal Navy ships - the beds and wardrobes, the housing for deck-mounted machine guns and the cabinets that store the small arms - is made right here in the industrial estate on Nursteed Road, just by Mole Country Stores. The company is called Varivane. I had a look round with the bosses - here they are, both second generation managers who started on the shop floor - and very proud it made me. They have orders for the new frigates being built at Rosyth, and - best of all - negotiations are underway with a range of UK allies to fit out their ships too. 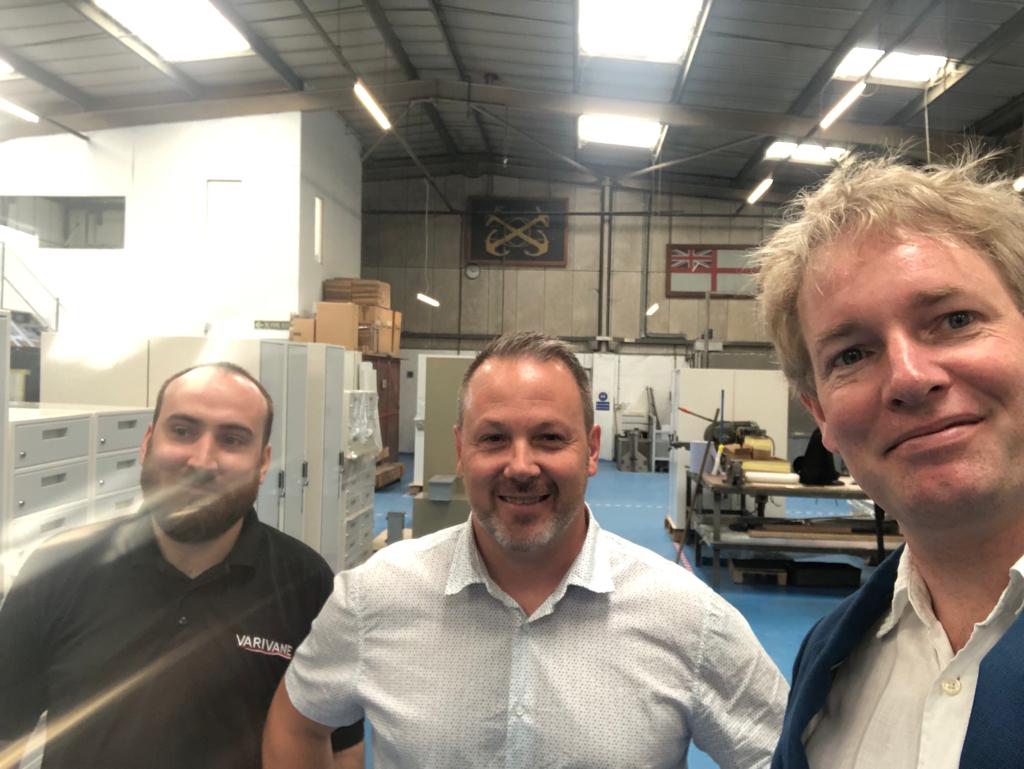 As part of the Armed Forces Parliamentary Scheme I spent Thursday at PJHQ, the Permanent Joint Headquarters at Northwood on the northwest edge of London. This great campus grew out of the realisation during the Falklands War that the different branches of our military had only ad hoc arrangements for collaboration. Ir provides a permanent base for inter-service cooperation.

The senior officers who briefed us gave a fascinating oversight of the UK’s military deployments. We have around 8,000 people on around 30 active operations across the world, which of course range from the very hot (Syria) to the warm (Mali, where we are providing local troops with training and security) to the chilly (the constant buzzing of Russian planes on the edge of our airspace in the North Sea). We also had a birds-eye review of the journey of the great aircraft carrier Queen Elizabeth (fitted with kit from Varivane, of course) and its consorts, a squadron of British, American and Dutch ships, on its way to the Far East. It too has had a run-in with the Russians, and also joined in strikes against Daesh; otherwise it has joined in a number of joint exercises with our allies.

Back on home ground, I held a useful meeting this week with Kit Malthouse, my neighbouring MP for North West Hampshire and more importantly the Minister for Policing. We discussed the blight of rural crime and also the ever-growing problem of fraud and cyber crime (on the latter, Kit encouraged people to forward dodgy emails to report@phishing.gov.uk and texts to 7727). I was especially glad to hear from Kit that work is underway on a review of the police funding formula which (as I pointed out to him in the Commons last September) is unfairly skewed against rural forces.

I spoke in the debate on the Higher Education (Freedom of Speech) Bill. Many on the opposition benches argued the bill wasn’t necessary - that we don’t have a problem with free speech on campus. But we do, and I believe it is vitally important to ensure that universities and student unions uphold the freedom of speech even if it is inconvenient or even if certain students attempt to ‘cancel’ speakers or close down events. In my speech I tried to get to the bottom of cancel culture, which I think has its roots in post-war existentialism and the idea of the ‘psychological self’ - if all we are is our feelings, then naturally any insult to our feelings is equivalent to violence, and must be shut down. The Western tradition has a different and a better idea, and it is a sad necessity that we must actively protect it. My speech is here.

The All-Party Parliamentary Group, which campaigns against the legalisation of assisted suicide (and which I chair), held a very powerful meeting on Thursday led by Baroness Jane Campbell. Jane is disabled, and she introduced three other people with disabilities and in one case a terminal diagnosis - all of whom argued that until disabled people are treated equally in our health and care system it would be deeply dangerous to introduce assisted suicide. It is notable that no disabled people’s organisation supports the current Bill to do this. You can watch the session and read more about the campaign on our website here.

For years, people have been campaigning for a new urgent care centre in Devizes, to replace the hospital which is closing down. After successive photocalls by successive MPs with successive Health Secretaries in the field near Green Lane where the centre is planned, I am delighted to say that this week I was able to visit a building site, not a field. It is due to open next summer. Lastly, another call for volunteers for the LINK scheme which transports people without their own car to doctors’ appointments. This is a lifeline for our community. The need now isn’t for drivers but for people to man the switchboard, which they can do from home, and all tech is provided. If you might be able to help, please see here.