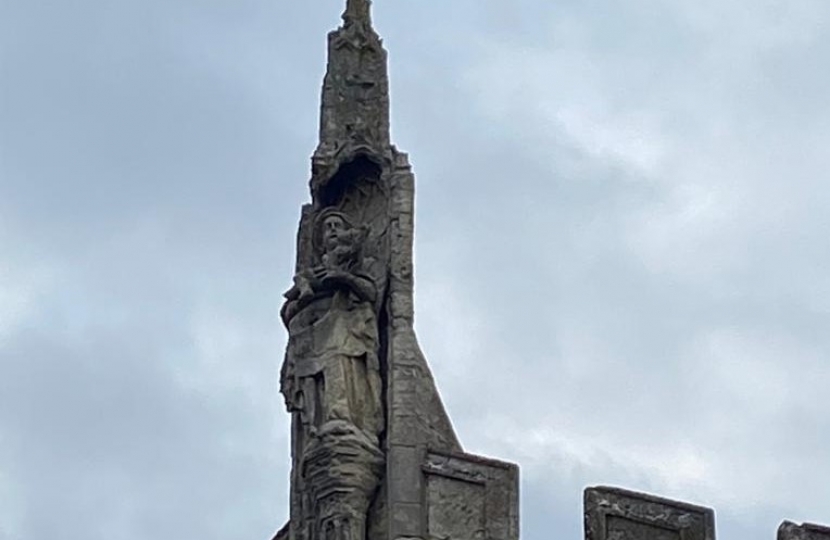 I had a normal Friday morning, with meetings with constituents to talk about a range of issues affecting them and the wider world, including the energy transition, and local planning. At midday I headed to Tidworth where I was to have the honour of opening the new Early Years Centre. I was 10 minutes early, so I made a stop at the Military Cemetery just outside the town. Here lie hundreds of soldiers killed on duty in the two World Wars, and in our recent conflicts in Northern Ireland, Iraq and Afghanistan. It is also the resting place of soldiers who died in training accidents on Salisbury Plain. It is a powerfully moving place, beautifully tended.

I didn’t know it, but while I was there the fire service and army engineers were working to rescue a crew of soldiers from an armoured vehicle which had overturned during a training accident on the Plain, a few miles away near Enford. Tragically, one of the soldiers died.

I have watched heavy armour exercises on the Plain as a guest of the Army. They are scrupulously supervised and umpteen safety protocols are observed. We must of course find out what happened on Friday and improve procedures as necessary. But we need our soldiers to practise with their vehicles in real life, at speed, and with some risk. My sincere condolences to the young man’s (Private Jethro Watson-Pickering of the Yorkshire Regiment) family and his comrades. He died working to improve our country’s defences, and they can be proud of him.

The Early Years Centre is a joyful place, set in a wood on the edge of Tidworth. It concludes the great Rebasing Programme that saw thousands of soldiers and their families brought back to Wiltshire from Germany. Over 90% of the children at the nursery are from forces’ families, but it is situated ‘outside the wire’, properly part of the local community. I was delighted to snip the ribbon and eat the cakes.

Heading back to Devizes I stopped to give the dog a run on the Plain. This is when I heard that Sir David Amess had been murdered at his constituency surgery in Southend. I hardly knew David personally, but I knew very well from sitting in the Commons what a lovely man he was; so gentle and cheerful; plainly honest and well-intentioned; and utterly committed to his town, which he constantly, sincerely and humorously argued should officially become a city.

I am not sure what the upshot for MPs and constituency surgeries will be. We are in a turbulent time, and maybe it’s not safe for us to be so exposed. But as many people have said - and as Sir David himself exemplified - one of the truly good things about our Parliamentary system is the easy communication between the public and their representatives. 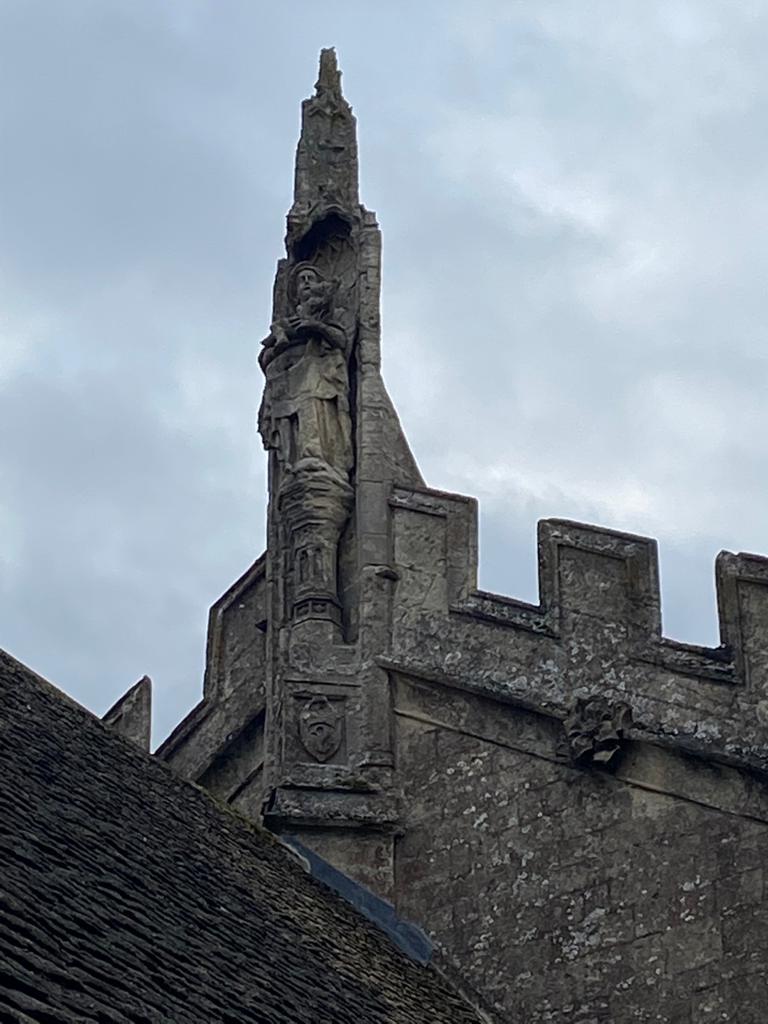 I spent the evening at the very well-attended ‘Challenge Poverty’ event at the Corn Exchange in Devizes, discussing food poverty with  Citizens Advice Wiltshire, the Trussell Trust food bank charity, local councillors and the public. Before that, however, I had an hour at St Mary’s Church with the team bringing the building back from redundancy. It is a wonderful place. (On the roof is a statue that one of Cromwell’s troops tried to pull down during the Parliamentarian occupation in 1643. But the iconoclastic Roundhead slipped and fell to his death, and the statue remains - picture above.)

A weekend of tragedy, with the memory of many past tragedies too. Tomorrow I will join other MPs at a service at St Margaret’s, Westminster, to remember Sir David Amess. At times like these churches are a refuge and a strength, as Philip Larkin knew: ‘A serious house on serious earth it is… proper to grow wise in, if only that so many dead lie round.’