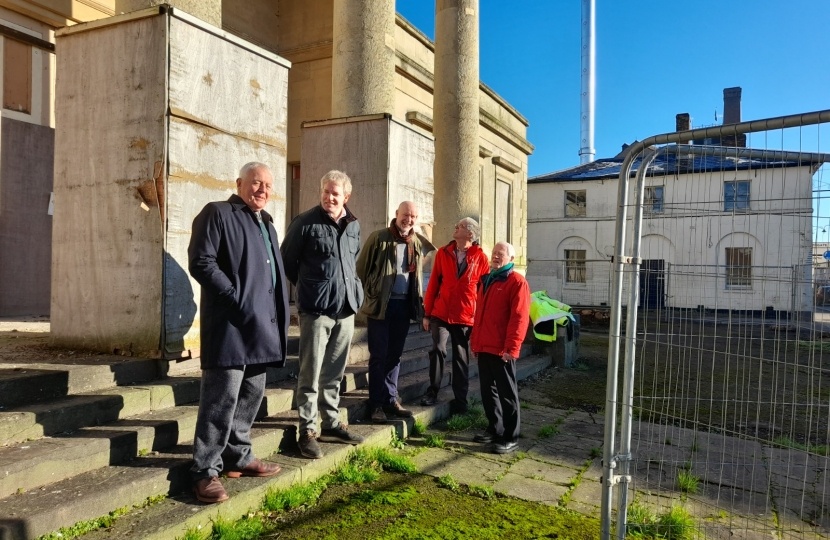 I’ll come to Boris Johnson and his future in a moment. The most important policy question (rather than political question) in Westminster right now is whether Covid restrictions will be lifted when they are reviewed by the Government on 26 January. There were encouraging indications this week that the Plan B measures - facemasks and Covid passes - will be reduced. I fervently hope they will be dropped altogether. And more substantially, we need to scrap the plans for the compulsory vaccination of all NHS and social care workers, and stop encouraging children to take the jab. In my view neither policy is necessary, and they may be harmful.

I begged the Vaccines Minister to reconsider sacking unjabbed health workers in the Commons this week, to not much avail - see here. I and two other MPs are due to meet the Health Secretary this week to press him to think again too.

The other big policy issue is the looming cost-of-living crisis, with inflation already over 5% and energy bills likely to be particularly bad. We know the reasons for this are global as much as domestic, with exuberant demand driving up prices everywhere; but in energy at least, we need to be better prepared for these spikes by increasing our gas storage and ensuring a speedy transition to reliable, and affordable, sources of clean energy. Labour used their Opposition Day this week to table a vote calling for a VAT cut on energy bills (not a bad idea, and one made possible by Brexit) but also, in order to implement it, to let MPs take control of the Parliamentary agenda from the Government (a trick used famously by the Remainers in the last Parliament, when Boris had no majority to get Brexit through). For this reason almost everyone on our side, including those supportive of the VAT cut, voted against it. I made a short speech in the debate - see here.

As you know the place was buzzing all week with rumours, plots, rumours of plots and plots about rumours. PMQs was so packed I couldn’t get a seat and found myself standing in the doorway wedged behind Wes Streeting, Labour’s impressive new shadow health secretary, and Mark Harper, one of the leading Tory rebels against the Covid restrictions that Labour have so enthusiastically backed. They conversed in low tones about health data (I think).

In my view the PM’s statement that day, including his apology, was necessary but not sufficient. We need the official enquiry to reveal the full facts of what socialising went on at No 10 during lockdown, and for appropriate actions to follow. But we also need a reset of the processes of Government more generally. The UK faces some extraordinary challenges in the years ahead in the economy, national security, technology, ecology, public health, and social cohesion. We need a highly professional No 10 at the centre of a highly capable Whitehall. Sue Gray’s inquiry into parties, important as this is - and morally important as the issue is to the country and its leadership - matters less to me than the inquiry headed by Baroness Hallett into the Government’s management of the Covid pandemic, which gets underway in the Spring. And after this inquiry, we need reform.

I mention this because I put the scandal of the Downing St drinks in a broader context. As advertised last week, I resumed the pub visits I used to make before Covid this week, with a session at the Marlborough Inn. Not many - ok, not any - Boris fans turned up, though some people felt ‘partygate’ was a storm in a teacup. Mostly people felt, as I do, that these stories matter because we need to know our Government is properly governing. ‘A serious house on serious earth it is’, as Philip Larkin said of a parish church but might have said of 10 Downing Street. We need, as Larkin did, to find ‘a hunger to be more serious’.

Naturally I’ve had a large number of emails about the parties - sorry, ‘events’ - and I drafted a general reply to them all, which you can read here. I also explained that I will write personally to all those who told me about family members dying or in distress during the lockdowns, who could not see their loved ones. I was particularly struck by the letter I received from the family of the former Chairman of the Devizes Constituency Conservative Association, Lionel Grundy OBE, who died in hospital the day after the bring-a-bottle event the PM attended at No 10, without the chance for his children and grandchildren to say goodbye. Their letter is reported here.

Before the pub on Friday I had the pleasure of welcoming the Chief Executive of Historic England to the old Assize Court at Devizes. Now, the Court is all collapsed ceilings, bat droppings and squatters’ graffiti. One day - if we get the help we need from Historic England - it will be the gleaming new home of the Wiltshire Museum.

Our visitor had a good question for David Dawson, director of the Museum: ‘is the Devizes court actually mentioned in Thomas Hardy?’ Sadly the answer was no, but nevermind. This is surely one of the most important non-London museums in the country for its collection of the relics of the barrows, henges and standing stones that mark the downs hereabouts. Its relocation from a cramped townhouse in Long Street to this wonderful neoclassical building would greatly enhance the town and the county.

This Friday at 6pm I’ll be at the Stonehenge Inn near Durrington. Do drop in.