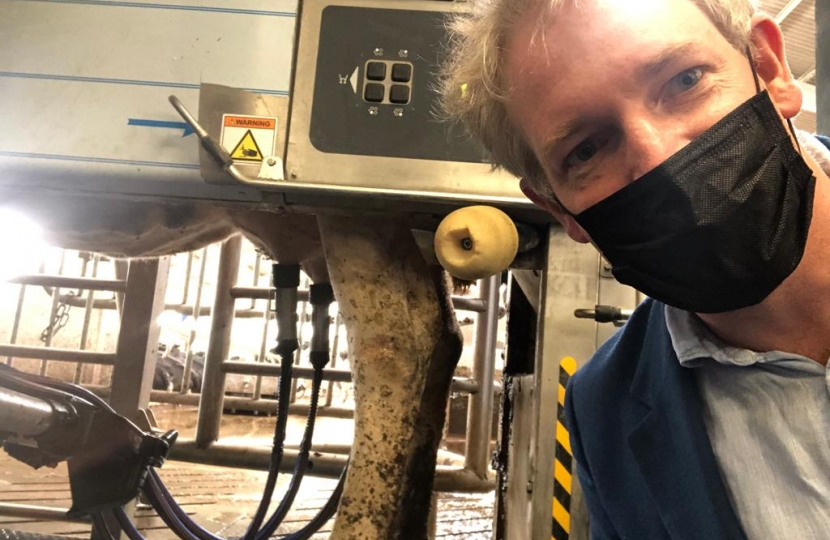 On Monday afternoon I was in the dock at Westminster Magistrates Court, pleading guilty to  having permitted an animal in my charge - to wit, Pebble the Jack Russell, age 11 months - to chase or worry another animal - to wit, 200 deer - in Richmond Park ‘without the written permission of the Secretary of State’, which I had forgotten to procure before letting the said Pebble get too far ahead of me while on a family walk. The video of the incident, taken by a member of the public and given to the media, actually shows Pebble obediently coming to heel once I was close enough for him to hear my call - but that was 45 seconds after he started the stampede, and the offence was committed. I do fully recognise the need for the rule in question and fully accept my responsibility; it was very fortunate that no animal or person was injured in the melee Pebble caused. I explained in more detail what happened here.

My tour of the institutions of the British state continued on Thursday with a visit to Aldershot, as part of the Armed Forces Parliamentary Scheme. We met officers and men - sorry, Riflemen, their word for private soldiers - of 4 Rifles, part of the Army’s current ‘specialised infantry’ and due to form the new Rangers Battalion announced in the recent Defence Review. ‘Spec inf’, as they explained, is the range of activities that takes place below and beyond the threshold of conventional war, and requires a full set of capabilities in a small and expert team. Hence the Riflemen we met might be junior soldiers in theory but they all operate at the skill levels of several ranks above. One of their key functions is training and - where the rules permit - supporting partner forces in conflicts abroad. A 12-man unit of 4 Rifles may in effect command 100 soldiers of a partner force. This is how the British Army, though small - too small, and getting too smaller, I believe - is still able to pack a punch.

On Friday I spent an hour with the Parish Council of Bromham, the village north of Devizes where an illegal encampment has been established on land belonging to a Traveller family. Also present were the Wiltshire Council Cabinet Member responsible for strategic planning, Nick Botterill, and Sam Fox, the Corporate Director for the council. As I wrote in last week’s newsletter, there is a fundamental obligation on all parties to respect the rules of civility, and I deprecate the threatening and borderline racist comments some people have been making on social media. But I also recognise how many residents feel intimidated by the behaviour of the family who own the land, and how, fundamentally, the rules of civility have been breached by their decision to break the law. A series of enforcement notices have been imposed requiring the site to be returned to its proper status as a field free of caravans. I was heartened by Mr Botterill’s and Mr Fox’s determination to take robust legal action, after what has been - they admitted - a series of missed opportunities to prevent the site being established.

After a cheerful lunch at the Bear in Devizes I spent Friday afternoon in the lovely surrounds of Lackham College, the agricultural part of Wiltshire College. The Georgian manor house has now been complemented by a beautiful new teaching building with vast windows giving onto the north Wiltshire plain. I toured the walled garden, the zoo - not expected, but they teach zoo-keeping here, so I met an iguana, a boa constrictor, and various nondescript furry things - and, the highlight, the robot milking parlour. Alex Scott of TH White, the Devizes-based agriculture engineers who install and maintain these machines, showed me how they work. The cow enters a mechanical stall when she feels the urge, and then four suckers are guided by a robot camera to find her teats. The machine works 24 hours a day. Here’s a picture. 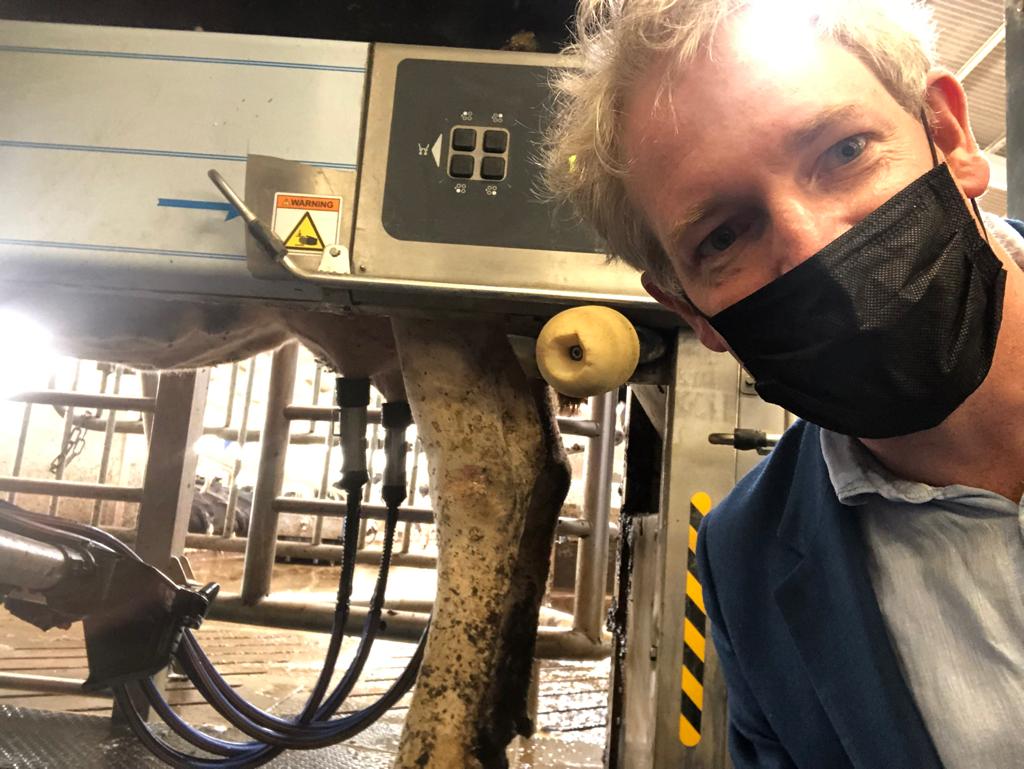 I was thunderstruck on Monday to hear that the Boundaries Commission, which regulates the size and shape of parliamentary constituencies, proposes chopping Devizes out of ‘my’ constituency (which would be otherwise unchanged except for the addition of Stonehenge and Amesbury) to create a new ‘Devizes and Melksham’ seat. I would be very sorry indeed to no longer represent this delightful town which has so much history and so much future. I will be consulting constituents and colleagues and seeing whether there is another way of slicing up Wiltshire (which does need more representation due to population growth).

The prospect of a big liberation on 21 June has steadily diminished, and the news this weekend suggests that indeed all restrictions will not be lifted on Monday week. I deeply regret this development, which is obviously caused by the exceptional virulence of the Delta (Indian) variant. We apparently need more time for more people to be vaccinated and for the vaccinations to have their effect. I urgently hope that the Government is right about the need for a delay and that, when the restrictions do lift, we will treat the next mutation of the virus as a problem to be managed, not a reason for national shutdown.

In 1943 and 1944, Lackham was the headquarters of the 10th Armoured Infantry Battalion of the 4th Armoured Division of the 3rd United States Army, commanded by General George S Patton. Patton occupied a room on the first floor of the main house. From these quiet fields thousands of American soldiers went forth to the slaughter of D-Day and the liberation of Europe. As today’s world leaders met this week a little further west, and discussed inter alia the transit of goods within and between these islands and the continent, it was good to be reminded of our enduring ties, and the sacrifices that mean we are having these discussions in peace.