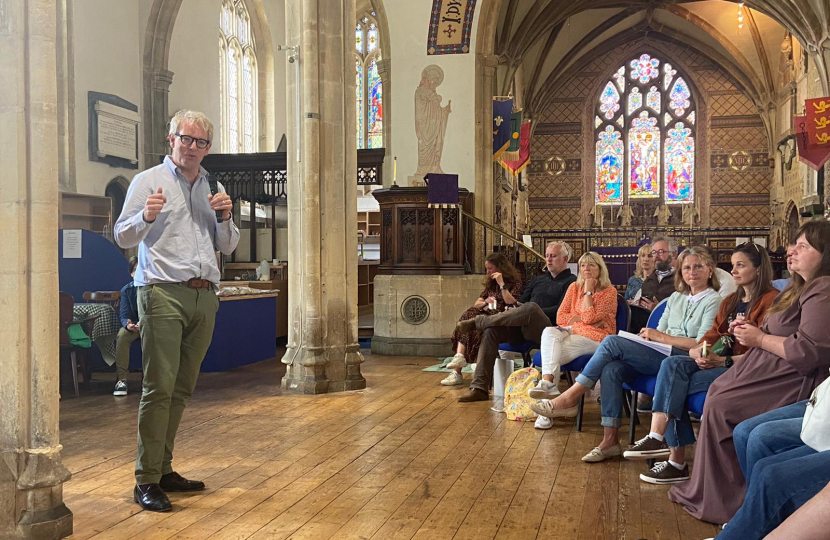 I voted to keep Boris leader of our party, and therefore Prime Minister, in the vote of confidence last week. As I explained in this statement, I did so for two reasons: first, because I don’t think the Downing Street parties, obnoxious as they were, amount to a resigning matter for the PM, and nor do I accept that he deliberately misled Parliament about them; and second, because I think he has a personal mandate from millions of voters who put their trust in him, which this scandal does not erase. He stands for the political realignment of 2016 and 2019 and my party has an obligation to honour the commitments made in those elections by Boris Johnson.

If you want further information on my views, I made this statement when the Sue Gray’s report was published. I also made this speech in the Opposition debate last week about the Ministerial Code, which was (suspiciously, but in fact innocuously) changed slightly during the PM’s troubles. The changes actually strengthen the Code, and in no way make it easier for the PM or any minister to evade accountability.

Beneath the storm on the surface real work has been going on in Parliament. Last year the Government commissioned a review of children’s social care, which reported at the end of May. I spoke briefly in the Commons to make the point that the recommendations of the review - which focused on the need for stronger and better supported families, rather than simply bolstering the power and responsibility of the state to intervene when crisis hits - is a template for our whole social system.

I also spoke in the debate on the Public Order Bill which will help the police counter the latest tactics of political protesters to disrupt people’s lives for the sake of a cause, for instance by sticking themselves to motorways.

This week I co-sponsored a debate about the state of our rivers, and the role of Ofwat in regulating the water companies. As I have explained before - and said again in my speech - we in Wiltshire inhabit a special place, the source of the three rivers that between them water southern England (see more about that here). As even the opposition MPs conceded in the debate, the Government is making big steps in the right direction to reduce the poison flowing into our rivers from fields and sewers. The challenge now is implementing these plans through the Ofwat mandate and the changes planned for the farm subsidies system.

Finally, I asked a question to the Welsh Secretary about plans to expand the Senned. This was more exciting than it sounds because I was speaking to the fullest House I’ve yet addressed - for the simple reason it was five minutes before PMQs. Like almost everyone else I was busy chatting to my neighbour when I was unexpectedly called for my question, and looked an idiot, as you can see.

You’re probably Jubilee’d out and don’t need me to explain what a great show our towns and villages made last week. I processed with the councillors of Marlborough to light the beacon up at the rugby club (see pic); had a lovely dinner hosted by St John’s Church in the beautiful Devizes Town Hall; processed with the councillors of Marlborough (yes, again) to St Mary’s Church for the civic service on Sunday. In between I played cricket for our village and that afternoon (no idea why they asked me) judged the cakes at the town hall Jubilee bake-off. 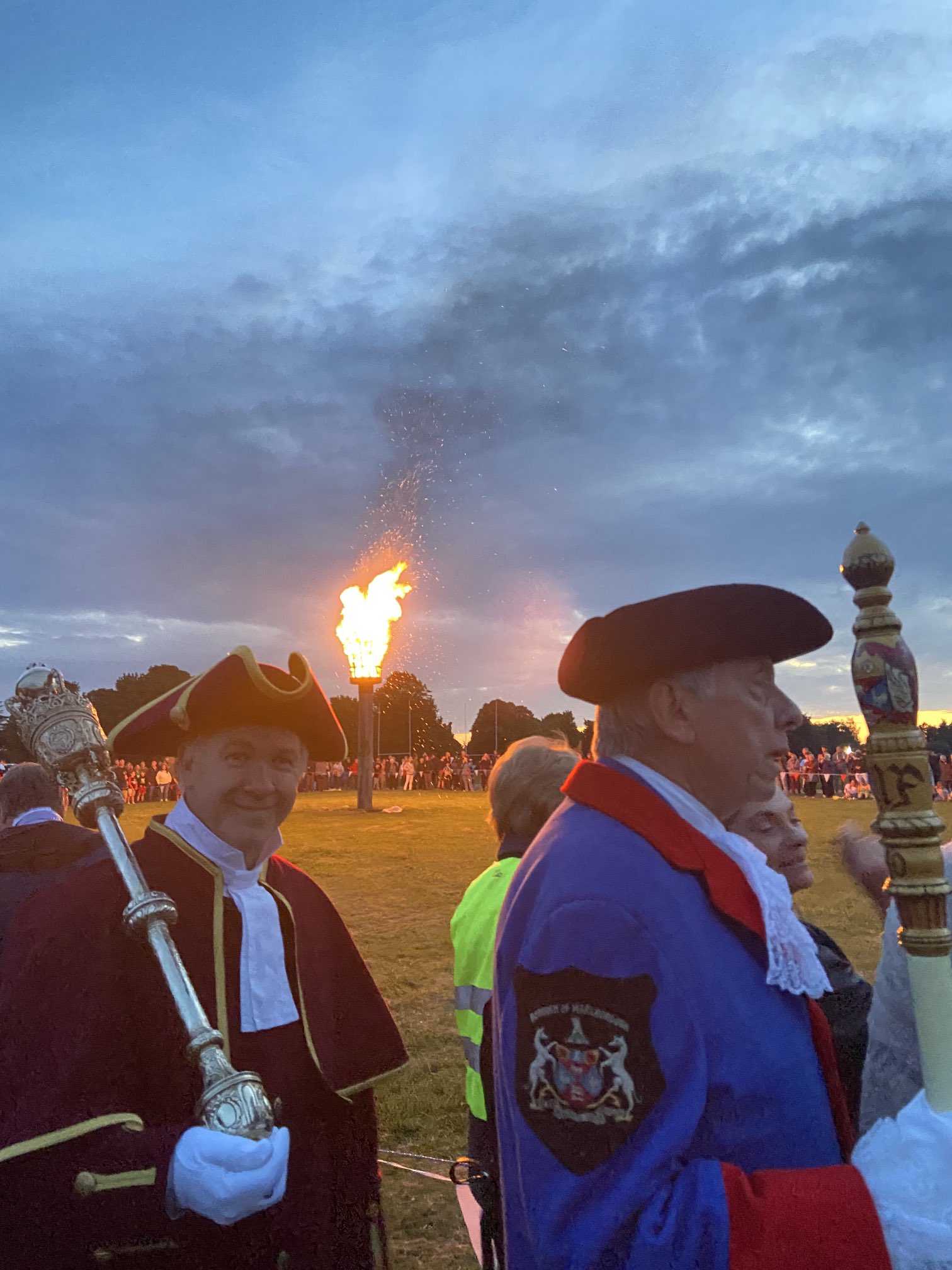 It was all too English for words. And this week in London I saw Jerusalem, the play by Jez Butterworth inspired by Pewsey and the people of its pubs (especially Rooster ‘Johnny’ Byron, played with demonic beauty by Mark Rylance). I’ve written before about this ‘subversive but also deeply patriotic play, about the power of local attachment and the rebellious, traditionalist instincts of the English.’ It’s the greatest literary evocation I know of the radical, conservative spirit of our country, and quite fitting that it’s set in Wiltshire.

Wiltshire has been one of the most generous places in the country at hosting Ukrainian refugees, and yesterday I organised a meeting in St Peter’s in Marlborough for hosts and guests. We had over 100 people (see pic below), and I was delighted to hear how well most arrangements are going. There is still a lot to do to make the official processes work better - from the visas to get the Ukrainians here, to the support we offer them locally - but in my view the model of community sponsorship has been triumphantly vindicated. All my thanks to Wiltshire Council and especially Laura Mayes, deputy leader and Devizes councillor who has overseen the council’s response, and to the many amazing people who have, in their own time and from their own great reserves of patience and compassion, matched sponsors and refugees and navigated the tortuous bureaucracy on their behalf. Richard Ramsden and Erica Stuart have done this for dozens of people in Marlborough. 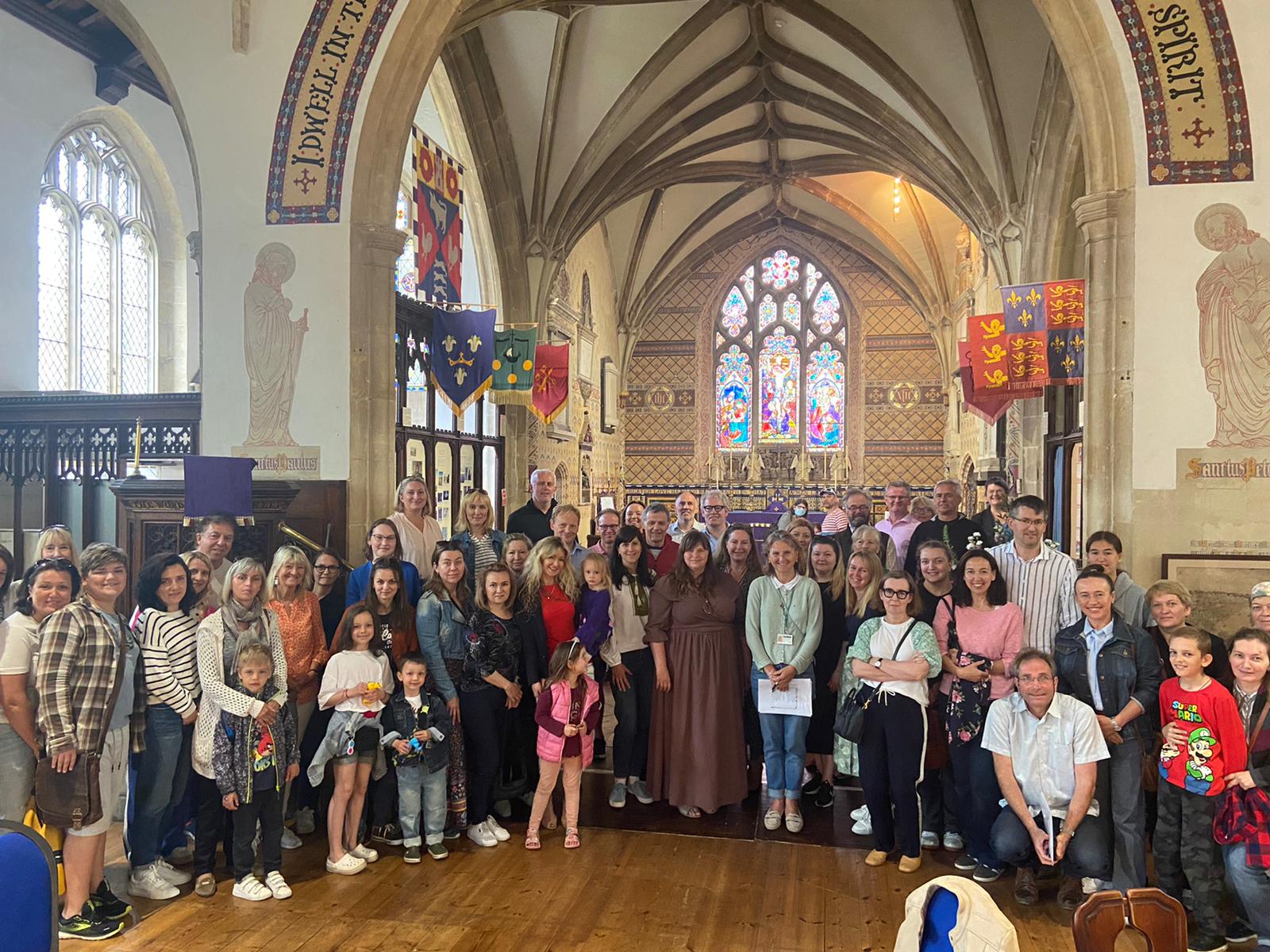