My response to the Pubs and Beer Duty Campaign - October 2021 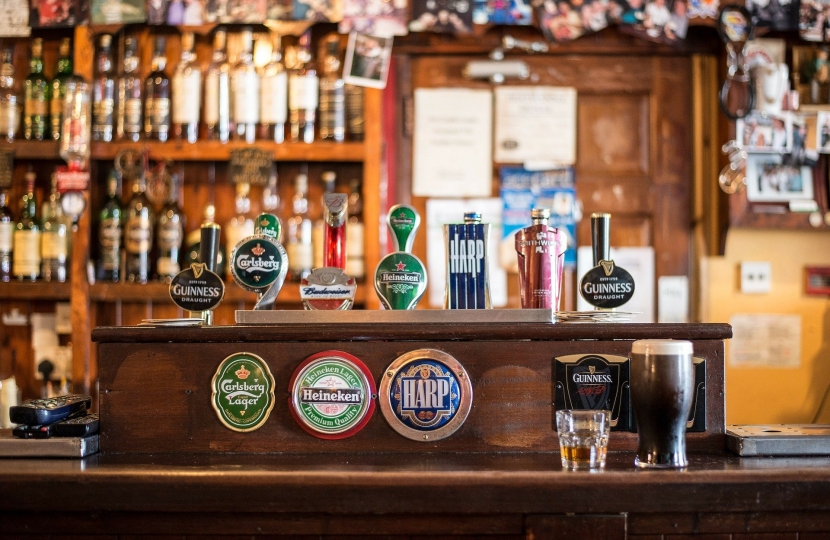 Many thanks to those who have contacted me about alcohol and beer duty.

I was pleased to see that the temporary cut to VAT from 20 per cent to 5 per cent for all food and non-alcoholic drinks was extended until the end of September and will be followed by a 12.5 per cent rate until 31 March 2022. This will continue to support restaurants, pubs, bars, cafés and similar premises across the UK. Also, for the second year running, alcohol duties will be frozen, covering duty on spirits, beer, wine, and cider which will save drinkers £1.7 billion.

I am not aware of any plans to permanently reduce the rate of VAT on all food and drink sold in pubs. I have spoken to colleagues at the Treasury who have made it clear that the temporary reduction to VAT was intended as a measure to support the industry during the coronavirus pandemic. To extend this reduction indefinitely would limit funding long-term for the vital public services which have served us so well in this time of national crisis.

In 2013, the Government took the decision to end the beer duty escalator, and beer duty has been frozen or cut several times since then. Duty on spirits has been frozen over the past two years. As a result of these changes, a typical pint is cheaper than it would have been had these measures not been introduced. I share your concern about the future of pubs and the hardship caused by the coronavirus outbreak. The steps taken by HMRC to make it easier to claim back the duty on any beer thrown away as a result of pub closures were a timely and sensible intervention.

I am encouraged that the Government and the Treasury recognise the importance of supporting our pubs and keeping costs down for customers and I am glad of the Chancellor’s commitment in the last Budget to extend this support. There is a broad recognition of the need to reform the current duty system to support the alcoholic drinks and pubs sector in the longer term, and on 1 October, a call for evidence for reform of Alcohol Duty was published.

I will continue to monitor the situation. Thank you again for taking the time to contact me.