My appointment as vice-chair of the Armed Forces Covenant APPG - January 5, 2021 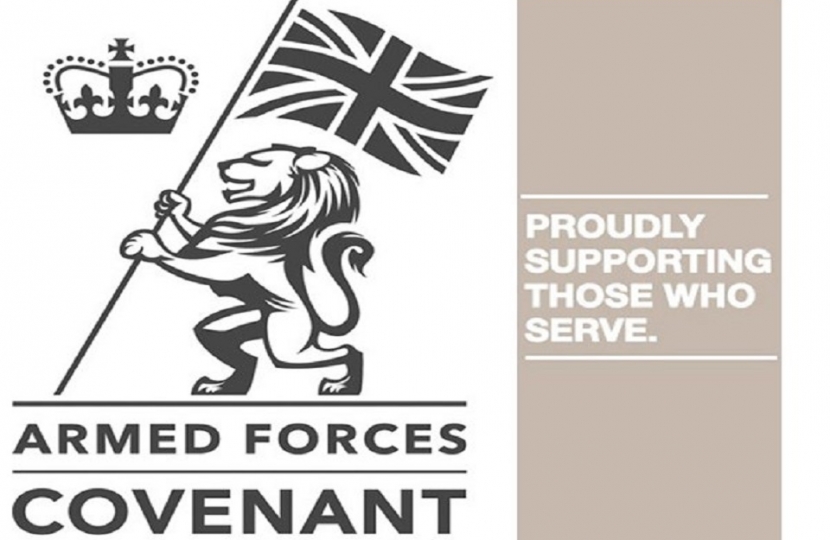 I was delighted to be appointed vice-chair of the Armed Forces Covenant APPG before Christmas. The Armed Forces Covenant is a promise by the nation ensuring that those who serve or have served in the armed forces, and their families, are treated fairly. The group, which is cross-party, will be primarily supporting the introduction of the new Armed Forces (Covenant) Bill to the House early this year, as well as representing the interests of the wider service community and I am very keen that we keep pushing for this vital legislation to honour our military and their families.

The Armed Forces Covenant has already helped to bring about positive change for the Armed Forces and veteran communities. Nearly 1,500 organisations signed in 2020, bringing the total to more than 6,000 showing support for the Covenant. 22,000 Service Personnel have been helped onto the property ladder since the Forces Help to Buy scheme was introduced in 2014. 800 GP practices in England are now ‘Veteran Friendly’. And £123m has been invested in improvements to Service Families Accommodation, with a further £200m from the Covid Grant Fund to upgrade an additional 3500 homes. Finally, the Civil Service has announced plans to introduce a guaranteed interview scheme for veterans.

As 2021 gets underway I am looking forward to seeing how these changes will positively impact service families in Wiltshire and further afield, and exploring what more can be done.