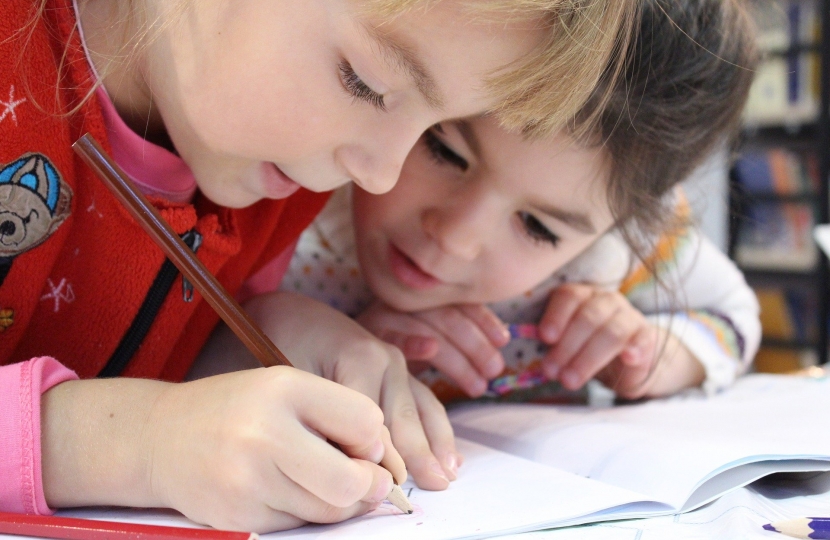 I have received some emails criticising my vote against Labour’s motion yesterday - “That this House calls on the Government to continue directly funding provision of free school meals over the school holidays until Easter 2021 to prevent over a million children going hungry during this crisis." It should be noted that these 'Opposition day' votes - when Labour get to choose the subject for debate, but cannot change policy - are designed purely and simply to stir up a storm of public protest against the government.

The emails fall into two categories. First are those from inveterate Tory-bashers who think we are (in the words of the Labour front-bencher Angela Rayner yesterday, for which I'm glad to say she was sharply reprimanded by the Speaker) ‘scum’. These citizens send abusive emails which, they may like to know, I never read: my team just delete them without bothering to show me.

The second category of emails is from people who are non-partisan (they may be Labour or Tory or any sort of voter) but who sincerely think the Government is harming children by rejecting Labour’s motion. This post is for them.

For 100 years Free School Meals (FSM) have been given to children on low incomes. They are, as the name suggests, available in the school day. Despite persistent child policy throughout the years Labour were in power they were never extended to the weekends or the school holidays.

This year, because schools were closed in the summer term and parents suddenly had to provide an extra meal five days a week, the government agreed to give the families of children entitled to FSM supermarket vouchers instead. On the days children were technically if not physically at school, the state continued to give them lunch.

Under pressure from the footballer Marcus Rashford, the government extended the voucher scheme through the summer holidays. It ended when children returned to school in September. Now Labour are trying to revive the scheme for half term.

In the debate yesterday Labour were unable to say when they thought the scheme should end. Should it run over Christmas? Next half term, the Easter holidays, next summer? The logic of Labour’s motion - hardly denied by them - is that the government should give supermarket vouchers to families on benefits forever.

Surely there is a better way to support low-income families? One of the unsung successes of this terrible year has been the Universal Credit system, which replaced the previous complicated, paper-based system of benefits. Three million people have enrolled on UC since the pandemic struck and the system has coped without a hitch.

UC giving out money, not schools giving out vouchers, is the right way to support families on low incomes. The Government has added £20 a week to UC, which will continue through half term, Christmas, the spring half term and the Easter holidays. They have also awarded £63 million to councils to help families with emergency welfare payments (including £500,000 for Wiltshire). And they are keeping the voucher scheme for the children of immigrants who are not entitled to benefits. More could be done - and we need to do much better overall at ensuring children have a positive and enriching experience in the school holidays - but turning schools into permanent welfare providers isn't the way. If more is needed than the welfare system provides, as my colleague Kieran Mullen said in a powerful speech (see here), we should be looking to communities themselves, not the distant government, to give the targeted, flexible support families need.

A final word on the spirit of this controversy. As I said in my own (short) speech (which you can see here) there is a legitimate debate about how to deliver welfare to low-income families. It is also quite understandable, and democratically healthy, for Labour to attack the government's competence or its judgment. But yesterday's debate focused on the motives and morals of Conservative MPs, with the very explicit observation that 'Tories don't care'. This hardly tallies with the actual experience of many of my colleagues who have worked as teachers or social workers, or (like me) in charities supporting children and families living in disadvantage. I regret the personal moral criticism because I think our democracy depends on the assumption of goodwill on the other side. Without this assumption, we're not having a conversation at all, just an exchange of personal insults, and the public good is not served. Yesterday was a performance of low politics from the moral high ground, and it helped no one.

We urgently need to make life better for young people so they want to live, work and bring up their own families here. This means making sure that they have all the resources they need to grow and flourish in this wonderful Constituency.