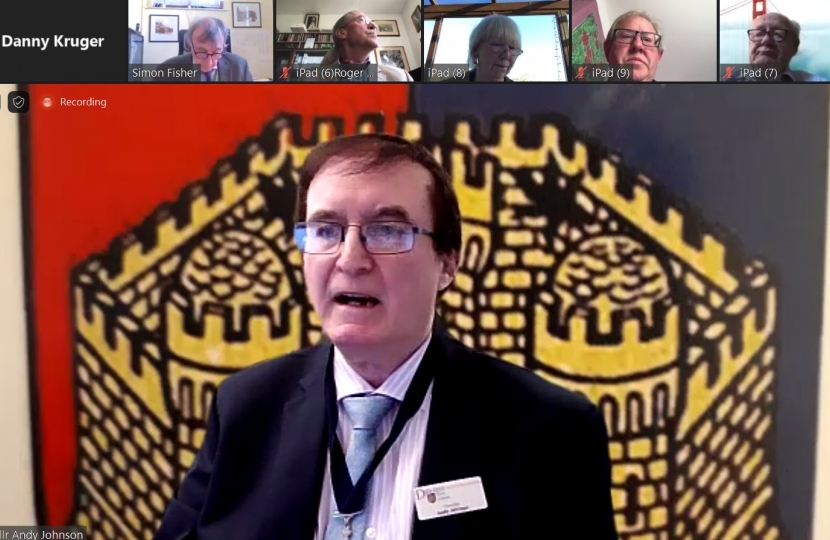 One of the consolations of lockdown for me has been the opportunity to watch a whole season pass. For you long-term Wiltshiremen and women this will seem perfectly normal, but I don’t think I have spent two uninterrupted months in the countryside since I was a child. On our daily walks we have watched the bare fields sprout their first leaves, the spreading green quickly cover the brown earth, and then the barley grow to knee height in a few short weeks.

I wanted to speak for Wiltshire farmers in the Agriculture Bill last week. I was on the Bill Committee - hours and hours of line-by-line discussion of the proposed law - which usually guarantees you a speaking slot in the debate which follows. But this time, because of the restrictions on time imposed by the new virtual arrangements, no Bill Committee members were called to speak. I also didn’t get called for this week’s debate on the Trade Bill, which has a major implication for agriculture too.

This was a shame. The point I wanted to make is that while we need free trade (not least because our farmers will benefit from the export opportunities) we also need to protect our farmers from competition from imported food whose price is artificially deflated by harmful practices we don't use here. Rather than simply banning such imports, as Labour and the NFU argued, we should use tariffs to remove the advantage of low environmental and animal welfare standards. I explained more - and why I think this debate, between farming and free trade, or ‘beef and liberty’ as the old saying has it, is crucial to the country we want to be after Brexit - in this article

The lockdown is slowly easing, but we still need to be careful. I spoke this morning to the head of the NHS for our region who advised that while Wiltshire and the South West still have lower infection and death rates than the national average, there are indications that our R number (the rate of transmission) is now higher than elsewhere in England (as much as 0.9, compared to 0.4 in London). This is partly because, being rural, we are behind the curve. But, having an older population than most places, we are also more vulnerable: 28% of the Wiltshire population is at risk of complications if they catch Covid-19.

The national spotlight is now on our care homes; we owe it to our older residents to keep them as safe as we can. I am assured that all care homes are getting the PPE they need. But we still need to make sure the R number in the county stays under 1.

This is why we simply have to hold fast to the ‘Stay Alert’ guidance, which basically means ‘Stay-At-Home-Except-For-Clearly-Defined-Activities-Which-Are-Spelt-Out-On-Government-Wesbites-But-Are-Too-Varied-For-A-Two-Word-Slogan.’ I appreciate the eccentricity of the guidance (cleaners and estate agents can visit your home but not your own family members, for instance) but the reason is simply to allow some limited social contact for commercial activities while limiting the activity that would really let the flood-gates open on virus transmission: social mixing of friends and family.

Schools are another matter. I support the plan to get children back into school next month but I wonder how on earth we can do it if we stick to the social distancing rules. I had a ‘robust’ zoom call with a group of head teachers this week (they were robust, I was timid) and I have written to the Education Secretary with my concerns. You can read what they are here.

I’ve also been pushing the Government on support for small business owners who are paid through dividends rather than salary. This is a group, often not well paid, who fall between the (very wide and generous) safety nets laid out by the Chancellor so far. My argument that they need support too is here.

As you can tell from my frustration about the Agriculture and Trade Bill debates, I don’t think Parliament is working properly at the moment. There isn’t enough time for debates; without the opportunity for interventions or the intimacy of the chamber, they aren’t debates anyway, just a series of speeches to camera; we can’t do the essential business of scrutiny and accountability like this. I hope Parliament will meet properly after next week’s recess, even if we have to change the arrangements to eliminate crowding in the chamber and voting lobbies.

We had to induct the new Mayor of Devizes by zoom. The outgoing Mayor, the formidable Judy Rose (to whom I had to apologise, in one of my first acts as MP, for illegally using a photograph of us together - her in her robes of office - in my campaign literature) gave a very moving speech about the town and its character, especially during this time. Her successor, Andy Johnson, also spoke about the community spirit demonstrated during the current crisis, and how much he wants to help sustain this. 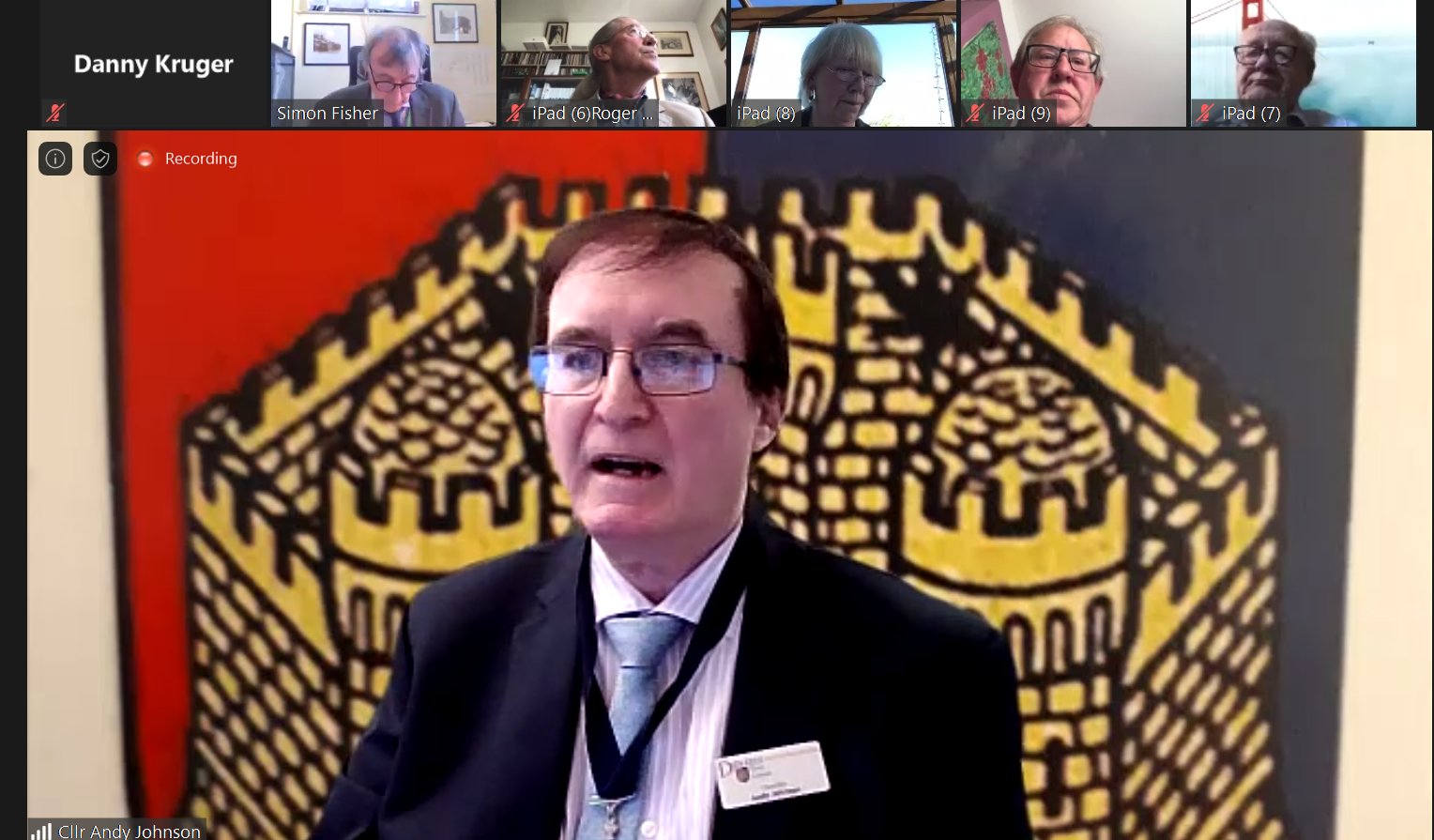 As you may know, there was a skirmish in Devizes in 1642, a few days before the great Royalist victory a few miles away at Roundway. 10,000 Parliamentarian troops camped around St Mary’s Church. The Royalist pulled up a cannon and blasted at them from the corner of Morris Lane, across what is now the war memorial. You can see the shrapnel holes in the stonework of the church.

I know this because David Dawson, the Director of Wiltshire Museum, showed me the holes as we walked to the old Assize Court, behind Wadworth’s Brewery, yesterday. This is where the Museum will be located once they’ve raised £10 million to restore the old courthouse. It’s part of the great renewal of the town centre that is, I trust, going to bring us tourism, jobs and prosperity. This renewal will be reinforced by the new train station on which I await, with baited breath, the go-ahead of the Department for Transport, expected any day now. There is much to look forward to.