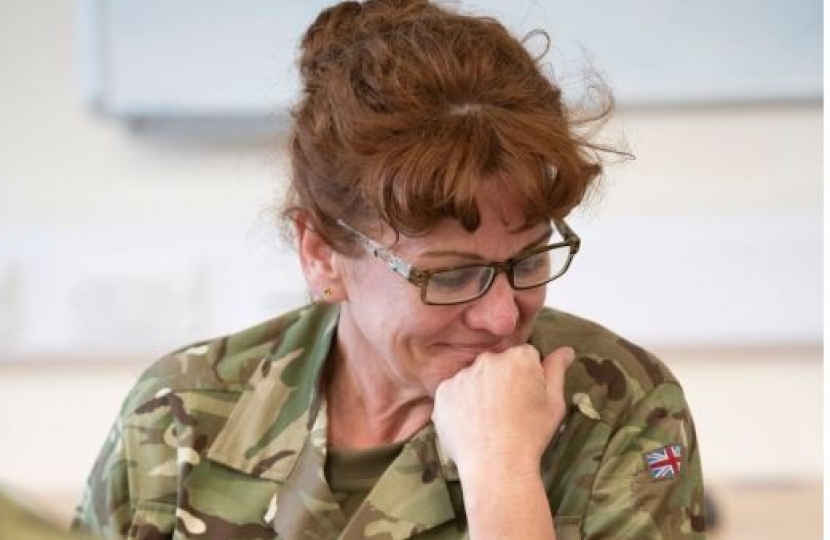 Danny Kruger, MP for Devizes, has given his support to an inquiry, chaired by Sarah Atherton, MP for Wrexham, which will look into the experience of women in the military.

The sub-committee, titled Women in the Armed Forces: From Recruitment to Civilian Life, which formally launched in December, will explore the needs and experiences of our female serving personnel and veterans, paying attention to the levels of bullying, harassment and sexual abuse in the military.

After a hard-fought campaign by Sarah Atherton MP, who served in the Intelligence Corps, supported by Danny Kruger MP and other MPs, the Defence Secretary, Ben Wallace MP, lifted the “gagging order” which was in place and prevented serving personnel from speaking to parliamentarians. This means that serving women will be able to speak to parliament for the first time on this matter.

“These are some of the bravest women I know – putting their lives on the line to keep us all safe. It is vital that these women are given the platform they have, so far, been denied to speak about their experiences. I am thrilled that our forward-looking Defence Secretary has lifted the restrictions for the sub-committee.

Our Forces are stronger, richer and more capable when they are diverse. This is not only the right thing to do but contributes directly to operational effectiveness, recruitment and retention. We need the right person for the right role, and it is in no one’s interest to discourage women from applying or continuing to serve”.

In particular the committee will examine the way rape cases are tried in the military.  Forces personnel are subject to military law and the court martial system, meaning that when an alleged offence like rape takes place, it is dealt with in a military court where conviction rates in rape cases are four to six times lower than in civilian courts.

The Defence Secretary recently said that the MoD has not done well enough in the past on diversity and has promised to “give fresh consideration” to the idea of military rape trials being heard in civilian courts.  And General Sir Nick Carter, the former head of the Army and current Chief of Defence Staff, told the Defence Select Committee that he is worried by today’s “laddish” culture in the Army.

“I’m delighted to have been able to support Sarah in this important campaign. As the only ex-regular armed forces female MP she is the right person to lead this sub-committee.

“I would like to encourage my constituents to give evidence to this committee so that we can ensure military women get the justice they deserve.”

The committee is currently taking evidence from serving women, ensuring that all submissions are anonymised and not shared with the Ministry of Defence.

Written evidence can be submitted by serving personnel or veterans by visiting the Defence Committee website (closes on 31st January 2021).