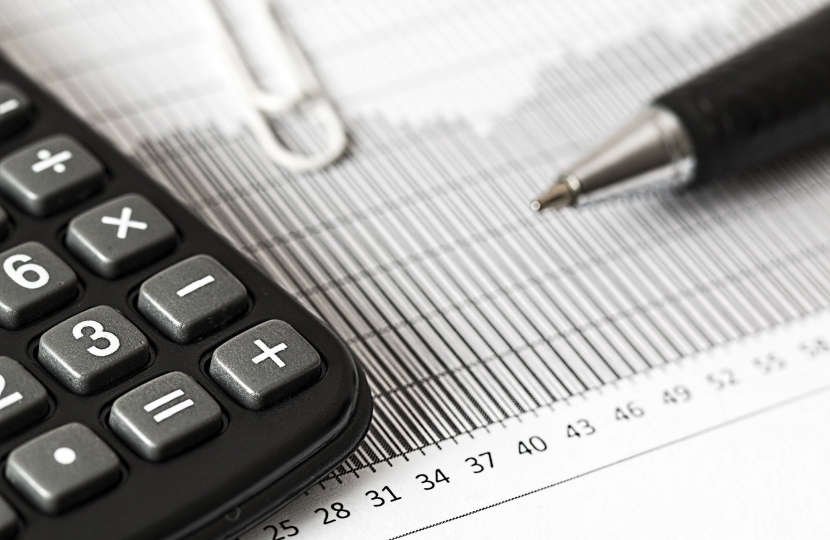 This is a personal post in response to the large numbers of constituents who have contacted my office to ask for help accessing the loans which the government has made available through the banks.

My team and I (particularly Ed Mather, who handles casework related to business issues) have fielded hundreds of calls and emails on this topic in recent weeks. Some direct their anger at us, as representatives of the party in government, but most are simply furious at, or baffled by, the banks. As Ed tells me, ‘I keep hearing the words unpatriotic, unfathomable, uncontactable, unsupportive.’ There is clearly something going wrong.

The context, of course, is that for a lot of businesses the economy has stopped. Very little money is coming in, and while some businesses don’t have to pay all their usual costs - notably rates - many do, and all have at least some outgoings. All businesses, of course, want to keep hold of their staff, both because they have a responsibility to them as individuals and because they will need them again once the economy re-starts. And although the Government’s furlough scheme offers a way to pay staff through the lockdown, the money for this will only become available at the end of April, so many firms have had to cover payroll for the last month.

For these reasons and others, firms need cash. And for this reason the Government announced at the start of April that it would make billions of pounds available - in fact no upper limit was set - for banks to lend money to businesses to get them through the crisis. This scheme, the Coronavirus Business Interruption Loan Scheme (CBILS), is administered by banks, who lend their own money but have up to 80% of the loan value (and the interest for the first year) guaranteed by the Government. The banks, therefore, are simply facilitators of a system designed to lend money from the taxpayer to businesses.

I am very concerned that despite repeated representations by me and many other politicians, and despite a strengthening of the government guidance to stop banks asking for directors’ personal guarantees for loans (as they were doing in the early days of the scheme), local businesses are still finding it difficult or impossible to access money through CBILS. Firms that have been in existence for generations, and others that are relatively new, face failure through no fault of their own. This is putting an intolerable strain on the owners and employees.

Many are simply unable to reach anyone at their bank who can help them. Polly’s Tea Rooms, the iconic cafe in Marlborough High Street, has been trying for a month weeks to get a response from HSBC, without success. The boss of Martinsell Publishing in Pewsey has spent, he calculates, a total of 52 hours on hold to Lloyds Bank. I fully appreciate the exceptional demand the banks are facing. But they are clearly failing in the basics of customer relations.

Responding to customers and processing loan applications would be quicker if the applications were easier. But we are still hearing about companies being expected to provide impossible information, including detailed cash flows for a future which is entirely uncertain. Others are being pushed towards commercial loans, i.e. without the government backing, which imposes additional pressures, including interest charges, that CBILS is designed to do away with.

I have had a number of conversations with senior bank executives and with the banks’ umbrella body UK Finance. I entirely understand that their job is not easy: they are not giving money away, but lending it, and they need to have some confidence that the money will be repaid. It is, after all, taxpayers’ money and needs to be used wisely. But there is a major difference between the normal function of a loan - which is, let’s face it, to make the lender money by helping a business grow and taking some of that growth for itself - and CBILS, which is designed to forestall a long-term economic catastrophe for the country.

The individual merits of a particular loan application matter less than the overall objective, which is to get money to businesses which will otherwise collapse. Some of these businesses may collapse anyway, and some taxpayers’ money will therefore be wasted. But those that don’t are the ones that will power our recovery from this crisis. They will pay the money back, and they will drive the employment that creates the demand that our economy relies on. The alternative is a large number of people losing their jobs and livelihoods. Tax revenues (corporation tax, VAT, personal tax) will suffer as a result and those needing welfare support will sky-rocket. Lower revenues and higher welfare costs only mean one thing: more debt for the taxpayers of today and tomorrow.

That is why every rejected CBILS application - from any business not actually insolvent - is a false economy. And every hoop applicants have to jump through is harmful not just to the particular business but to the country as a whole.

A word on what I can do as a local MP. Mostly my team and I are an advisory and advocacy service. We can, and do, urge the banks privately and (like this) publicly to improve their rate of loan approvals, and to communicate more effectively with their customers. We can contact Ministers to alert them to problems in the system - I spoke to Treasury ministers ahead of the improved guidance about personal guarantees, for instance. We can put forward serious cases to UK Finance who can in turn contact the banks; UKF are very helpful on the phone but whether they make a difference for individual firms, I don’t know. We can help people to find the information they need. We can lobby for increased and more timely support. We can provide some amateur pastoral and emotional support. And that’s it. I wish we could do more.

In 2008 the taxpayer borrowed hundreds of billions of pounds in order to prop up the UK financial system, saving the banks (and their well-paid directors) who had arguably been responsible for the crash. The credit crunch that followed was eased by the Government printing money, which further helped the finance houses that managed the resulting asset price boom. And now we need the banks to help the companies, large and small but particularly the small ones, that will keep us all afloat in the aftermath of this crisis.