Changes to rail services from Bedwyn to Paddington - 3 May, 2022 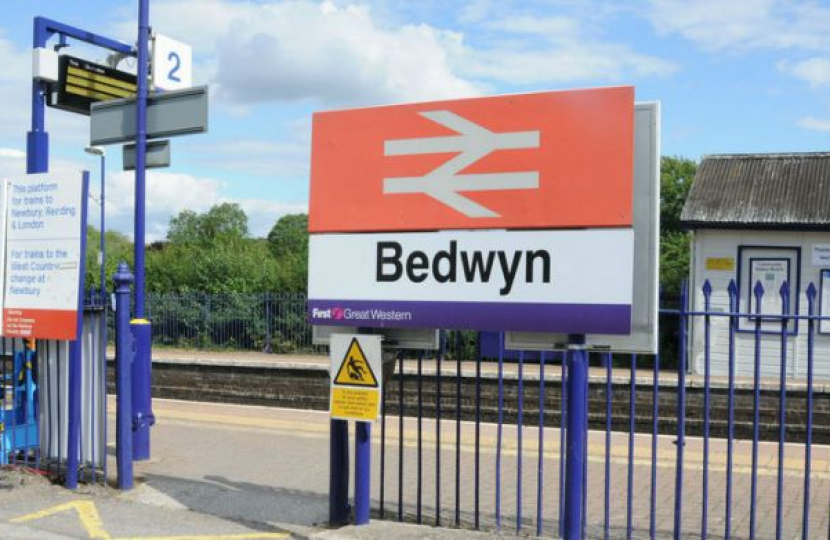 This morning, along with Laura Farris, my neighbouring MP for Newbury, I met Mark Hopwood, Managing Director of Great Western Railway, to discuss the changes to the service between Paddington and Great Bedwyn.

After some recent improvements to the timetable, we recently learned that the service is being quite drastically reduced from May. This affects a large number of constituents who work in London - many of whom moved to the area in recent years in order to make use of the train service into Paddington.

After pressure from passenger groups and from Laura and me, I am glad that GWR has announced that it will retain the 7.07pm service out of Paddington, which is a vital link for commuters. It’s also good news that the morning train at 8.49am from Bedwyn is being treated by GWR as an off-peak service, and qualifies for the discount Network card - a significant cost saving.

But the real objective must be to restore the timetable so that people can get in and out of London more easily throughout the day and evening. In a few weeks’ time the new Elizabeth Line - Crossrail - opens, linking Paddington to Canary Wharf and points between. This will, one expects, substantially increase the number of commuters, and help replace the demand that fell away during the pandemic and has not yet fully recovered (which is the reason GWR give for reducing the service). When GWR comes to review the timetable in December, I hope they will see the need for a fuller timetable.

Laura and I are doing everything we can to persuade GWR to restore the service that commuters from Bedwyn - and further west, Pewsey and what we hope will be a new station outside Devizes - deserve. I am pleased that GWR is open to dialogue and, as we have seen with the ‘saved’ 7.07pm and the ‘off peak’ 8.49am, can be persuaded to make improvements. We will continue to push, in support of the great efforts of the Bedwyn Trains Passenger Group and other bodies, for a better timetable later in the year.